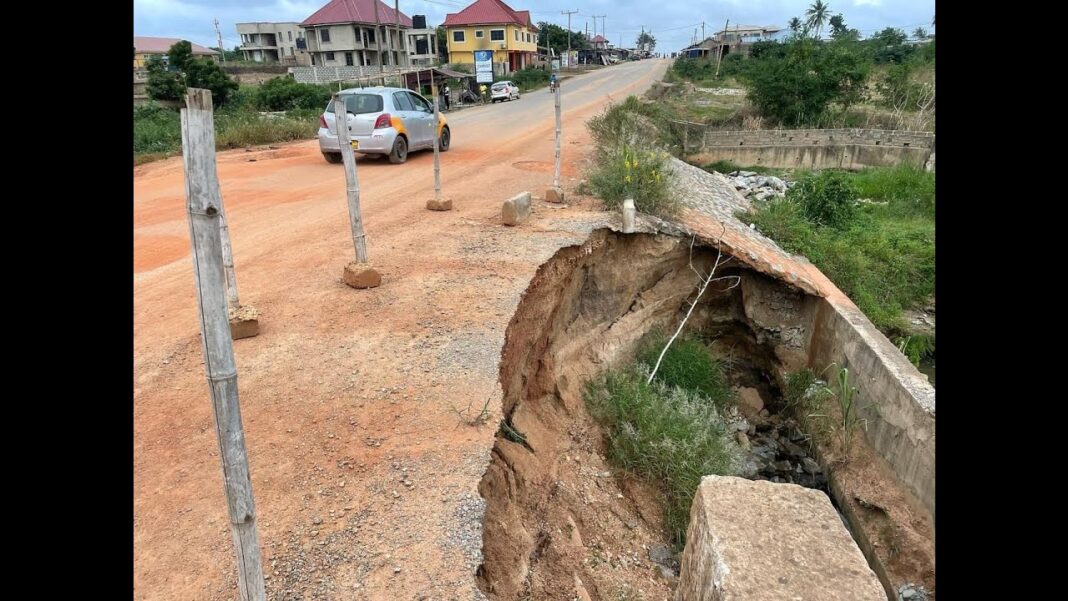 The maiden edition of Adom FM’s ‘The People’s Forum‘ (TPF), a segment on its morning show, Dwaso Nsem has been held at Doblo-Gonno near Amasaman in the Ga West Municipality of the Greater Accra Region.

The segment, aimed at highlighting community-based issues, lived up to expectation as it brought together residents from 3 junction, Achiaman, Kojo Ashong, Adeaman, Doblo Gono and Akramamah.

They got the opportunity to pour out their frustration, especially about the bad nature of the road which they said is affecting socio-economic activities in the area.

The road construction, which began in 2017, according to the aggrieved residents, is doing more harm than good.

Some of the residents, who spoke to Dwaso Nsem co-host, Chief Jerry Forson, said women and children are the worst hit when it rains.

They indicated that the Doblo Gono bridge has been damaged and is now a death trap when it rains.

A tricycle rider claimed a pregnant woman was forced to give birth mid-way to the hospital because of the bumpy nature of the road.

“I was the one transporting her to the hospital when she gave birth due to the bad road so government must do something about it,” he bemoaned.

Others also narrated how they were ambushed by armed robbers and their valuables collected due to the nature of the road due to the lack of police station in the area.

“I have to runaway and leave my wife when we were attacked by armed robbers,” a young man narrated at the event.

However, they said all attempts to get government to ensure the contractor returns to site have proved futile.

Aside the road, they also said they have water issues and access to other social amenities have also been difficult.

They hinted of an impending demonstration if government continues to turn a blind eye and a deaf ear to their concerns.

The People’s Forum will air every Thursday from 9:00 to 10:00 am on Dwaso Nsem to highlight social, economic, political as well as other issues hindering the development of beneficiary communities.