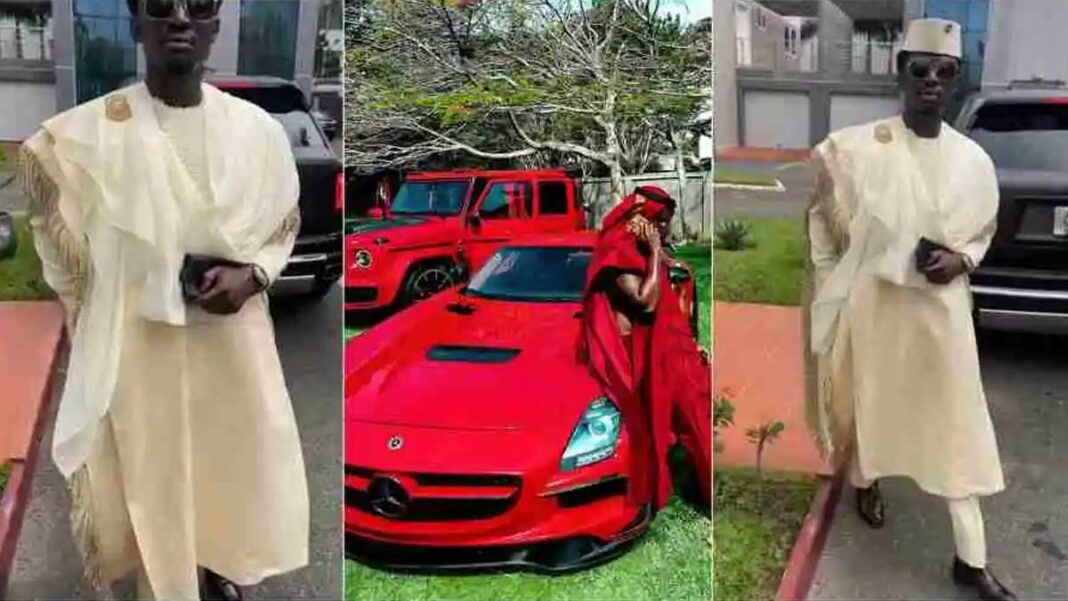 Ghanaian Millionaire Nana Kwame Bediako, often known as Nana Cheddar, has once again been successful in getting social media users to discuss his lavish lifestyle.

The business tycoon recently made headlines on social media for paying a barber close to $2000 to fly from the UK to Ghana to trim his hair.

The real estate tycoon this time released a video on social media in which he discusses his Lamborghini, Ferrari, and Maybach.

In the video, Nana Kwame Bediako, popularly known as Freedom Jacob Caesar, asked him about his other cars as he prepared to leave for an event while dressed in a three-piece “Agbada.”

He enquired as he walked out toward his personal assistant, “What’s up with my Lambo?” and after being told that the calibration was complete, he afterwards questioned, “740 VHP?” “Sharp,” his aide said.

When asked about the Maybach and the Ferrari, his assistant responded, “Yeah, both of them are nice,” and Freedom Jacob Ceaser, after saying, “Alright, but we ain’t nowhere to drive them,” walked away to sit in his Rolls Royce, said, “Well, we don’t have nowhere to drive them.”