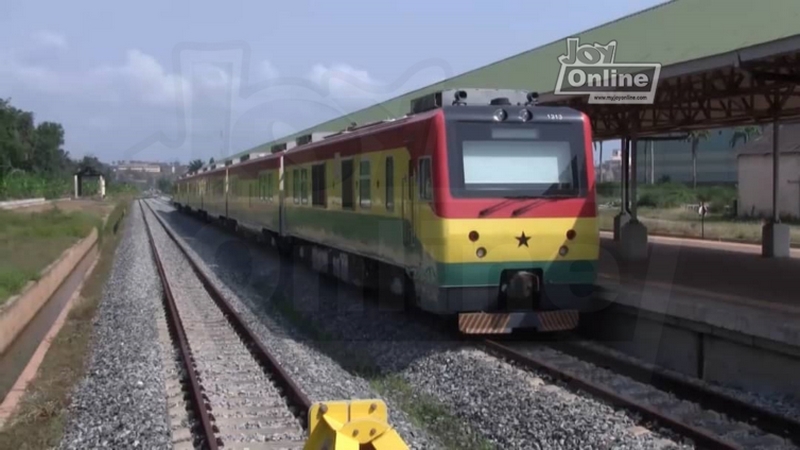 Commuters on the Accra- Tema railway line have welcomed the resumption of the rail services.

The rail service resumed on Monday following a JoyNews Tracker report Derailed, which highlighted the poor state of the railway sector.

For its first trip, more than 100 passengers were on board.

The passengers had ditched their usual means of transportation – trotro – and opted for the train.

According to the commuters, it was a smooth ride with no traffic and a chance to enjoy the scenery.

“It was extremely good. There was no traffic, I don’t see motors cris-crossing. So when everything becomes normal, I think it will be perfect.”

Another added, “this is my first time commuting on a train and I think it is okay. So I suggest the Ghana Railway Company Limited should intensify its public education.”

Meanwhile, Management of the Service admitted there were some minor hitches.

Thomas Brown who spoke on behalf of the Ghana Railway Company Limited (GRCL) gave the assurance that the issues will be resolved to ensure more people patronise rail service.

“I was informed by the technical team that it was a slight electrical issue but we have detected it and we are working on it. So once we’ve detected the issues, I can assure you that, going forward we will not encounter such a challenge,” he stated.

GRCL earlier this month announced its decision to resume full operations after it was temporarily suspended for rehabilitation.

The Ghana Railway Development Authority (GRDA), subsequently granted the approval to commence the shuttle service after the Company successfully addressed some technical challenges, conducted a series of test runs and carried out a final joint inspection on July 7 to ascertain the suitability of the passenger service.