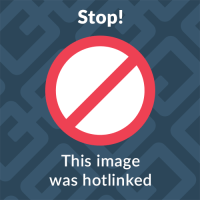 The duo were voted for after emerging among the 2022 Top 50 Young CEOs in Ghana, an annual list published by Avance Media and YCEO Africa.

Receiving the award for the male category, the CEO of Afro-Arab Group, Alhaji Salamu Amadu noted that awards like this always encourage him to do more for the youth so that they can also achieve their dreams of becoming businessmen, entrepreneurs and many others.

“Recognitions like this always encourage me to do more for the youth to achieve their dreams. Last but not least I want to dedicate this award to all the Young CEOs nominated for the awards. We are all winners and may Allah bless us all”, he added.

Afro-Arab Group stands as the holding company of Afro Arab Microfinance and a lot of other companies impacting and providing employment to hundreds of Ghanaians.

Commenting on her award, 2022 Young Female CEO of the Year & CEO of Echohouse Africa noted, “Little by Little we will take it to Africa and to the World! Because we can! Thank you to everyone who played a part in this. It’s a reminder that we are making an impact and it’s a push to dream on!”

Echohouse Africa is a dynamic 360° creative and strategic agency committed to developing and implementing solutions and has been behind some influential brands such as Tidal Rave Festival, Fresh’a’Fair, Epilogo, Around the World Festival, Social Media Week Accra and MTN Liberia Music Awards.

Commenting on the award, Managing Director of Avance Media, Prince Akpah commended the two winners on the impact they make with their companies in Ghana and other parts of the continent which provides a lot of employment and inspiration to hundreds of their employees and admirers. He also urged them to dedicate their time to mentoring upcoming young entrepreneurs who have been faced with a lot of challenges in the midst of the global crisis these past few years.

The awards were presented at the 2022 Africa Young CEOs Summit hosted in Accra on Thursday 14th July 2022 at the SB Incubator.

Robert Lewandowski agrees to a €50m deal to join Barcelona