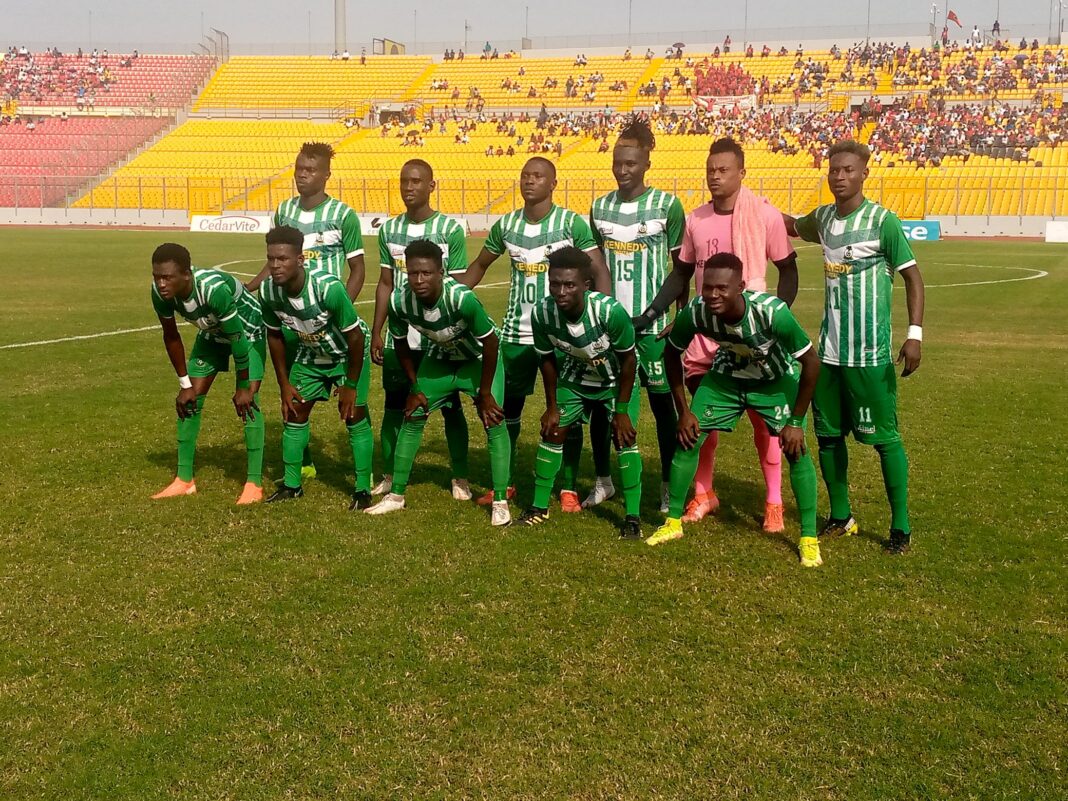 The matchday seven of the 2021/22 Ghana Premier League has ended at the various stadia.

King Faisal maintained their perfect run under Nurudeen Adamu as they recorded another win at the Baba Yara Stadium. Aduana Stars, who have been sensational under Joseph Asare Bediako, also maintained their impressive run with a home win.

Below is the full wrap up of the matchday seven games:

Aduana Stars on Saturday at the Nana Agyemang Badu Stadium recorded a 1-0 win over Great Olympics. Bright Adjei scored the only goal of the game.

Ashantigold SC travelled to the Red Bull Arena in Sogakope to beat WAFA for the first time in 14 years with a 1-0 win. Seth Kwadwo Osei scored the only goal of the game against the Academy Boys.

King Faisal extended their lead at the top with a victory over struggling Elmina Sharks. Ibrahim Osman’s 27th-minute strike was enough to seal an important 1-0 win for league leaders King Faisal over Elmina Sharks to ensure they stay top of the table.

Legon Cities blanked for the third straight game as they were held to a goalless draw against Berekem Chelsea in Accra.

Kofi Ansu scored the only goal of the game in Medeama’s narrow 1-0 win over Real Tamale United.

Asante Kotoko’s clash against Accra Hearts of Oak has been postponed due to the latter’s CAF engagement in Algeria.

WAFA, Berekum Chelsea and Hearts of Oak complete the bottom three of the league.

Full results of matchday 7 below: