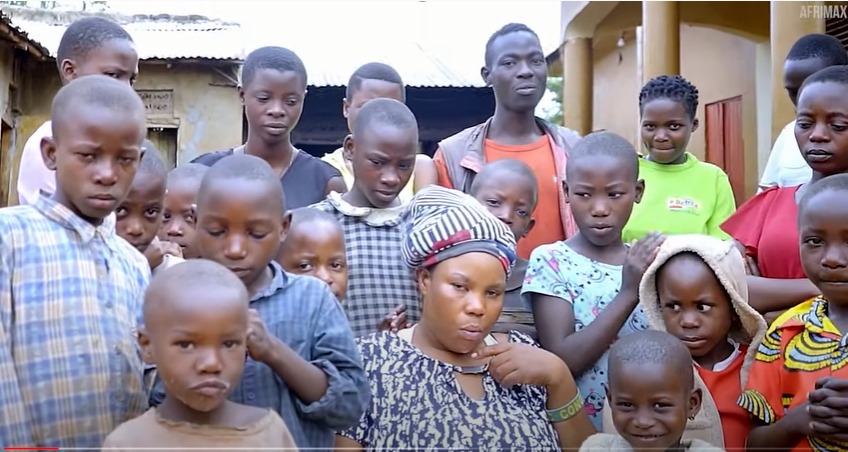 The World’s most fertile woman, Mariam Nabatanzi is craving to welcome more babies after birthing 44 children.

Nicknamed Mother Uganda or Mother Africa, 38-year-old Mariam said she is ready to have more babies for any man who is responsible enough to have her as his wife.

To her, childbirth is “not that bad” and with her 15 experiences in the labour room, she is qualified to be a pro.

In an interview with Afrimax TV, Mariam disclosed being a mother of many is not a decision she took, as she had plans for only seven children.

“I wanted to have only seven. You know why; my brothers were dead. At first I wanted to have five children to name them with my deceased brothers’ name and later changed my mind to seven so I can include my name and husband’s name”.

However, with just two pregnancies at age 15, she had already accomplished that goal with her first two set of twins and triplets.

Unbeknownst to her, she suffers a rare genetic predisposition to hyper-ovulate, which is releasing multiple eggs in one cycle.

By age 38, Mariam has welcomed 44 children, which would have been more had she not suffered a miscarriage of her final pregnancy.

She is now a single mother struggling to take care of her descendants as her husband has abandoned them.

Mariam said she has made several efforts to block her tubes or have her womb turned, but all to no avail. No contraceptive method has worked.

Consequently, she believes her destiny is to multiply, and she looks forward to fulfilling it.