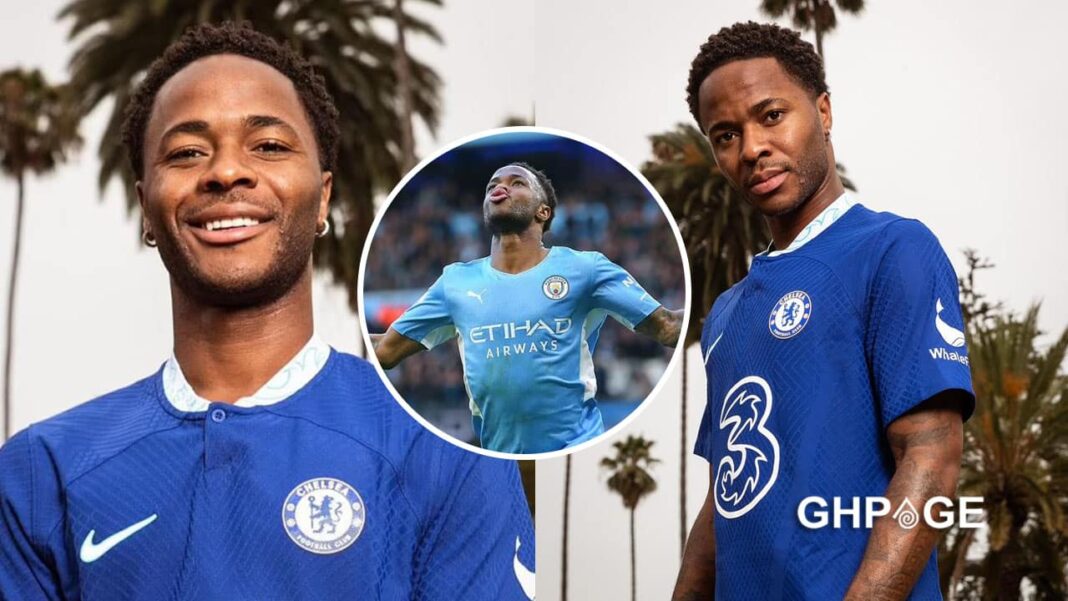 Raheem Sterling’s time at Manchester City has come to an end as the England forward has completed his move to Premier League rivals Chelsea.

The 27-year-old joins Chelsea at Stamford Bridge on a five-year contract in a £50 million deal, the Blues have confirmed.

Manchester City signed Sterling from Liverpool in a £49m deal in 2015. He went on to score 131 goals in 339 games, winning four Premier League titles.

‘First and foremost, it’s a pleasure to be here,’ Sterling said after being unveiled in Los Angeles, where Chelsea are currently on tour.

“I’ve obviously achieved a lot in my career so far, but there is still so much more to achieve and I’m really looking forward to doing that in a Chelsea shirt, under Thomas’ management.

“London is my home and where it all started for me, and it’s amazing I now have the opportunity to play in front of friends and family week in, week out at Stamford Bridge. I’m really looking forward to meeting the fans there soon.”

He added: “I can’t wait to get going now and continue to do my talking on the pitch.”

Sterling’s move will see him return to London, where he grew up and spent time in QPR’s youth system before joining Liverpool as a 15-year-old.