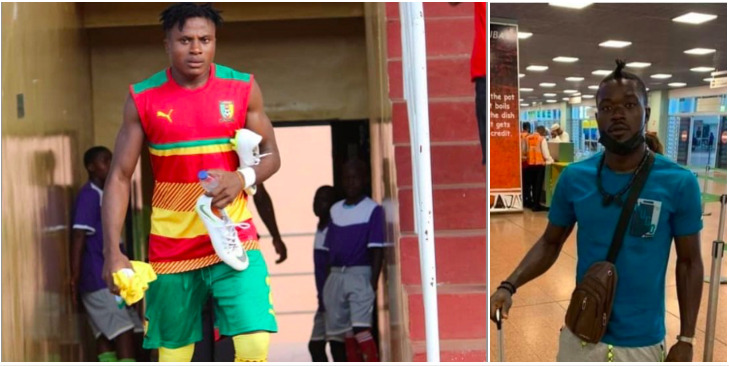 The Phobians are reportedly in advance talks to secure the signature of the highly-rated centre-forward for their 2022/23 season’s campaign.

Hearts of Oak have commenced negotiations to acquire players to augment their squad list for next season after failing to defend the Ghana Premier League title — losing it to their bitterest-rivals Asante Kotoko.

But an unpleasant report coming in has it that Hearts of Oak may lose the signature of the Cameroonian deadly striker largely due to his financial demands.

And as a result, the management of Hearts of Oak says they can’t meet the demands of Ekembe unless he reconsiders his demands else, they can’t sign him for Africa Confederation as well as Ghana Premier League.

Nkembe has quickly emerged in recent months as one of the brightest young talents in Cameroon.

Nkembe has 13 goals in 22 appearances for Fortuna du Mfou this season, with each strike demonstrating his natural predatory instinct in the box.