“You were fooled sweety” Interior designer, Ehi Ogbebor responds to follower who told her she’s lying about her age

Interior designer, Ehi Ogbebor, responded to an IG user who claims she’s lying about her age.

The mum of three shared a video of herself on her page as she begins the countdown to her 36th birthday on June 15.

”The way am feeling myself though….36 soon…can June 15th come already”she wrote

An IG user who claimed she dated Ehi’s younger brother, expressed doubt that she is 35.

”ur younger brother eghosa was my ex are u trying to tell me he is senior to u??? Lol stop lying about your age ehi” the IG user wrote

Ehi saw the comment and responded, saying the IG user must have been lied to. Posting some laughing emojis, Ehi wrote

”u were fooled sweety” 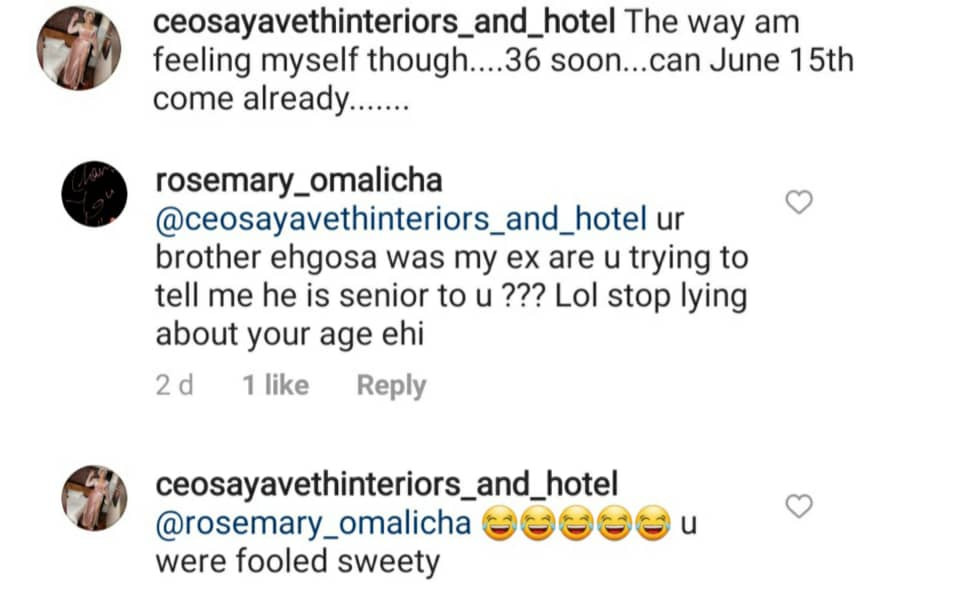