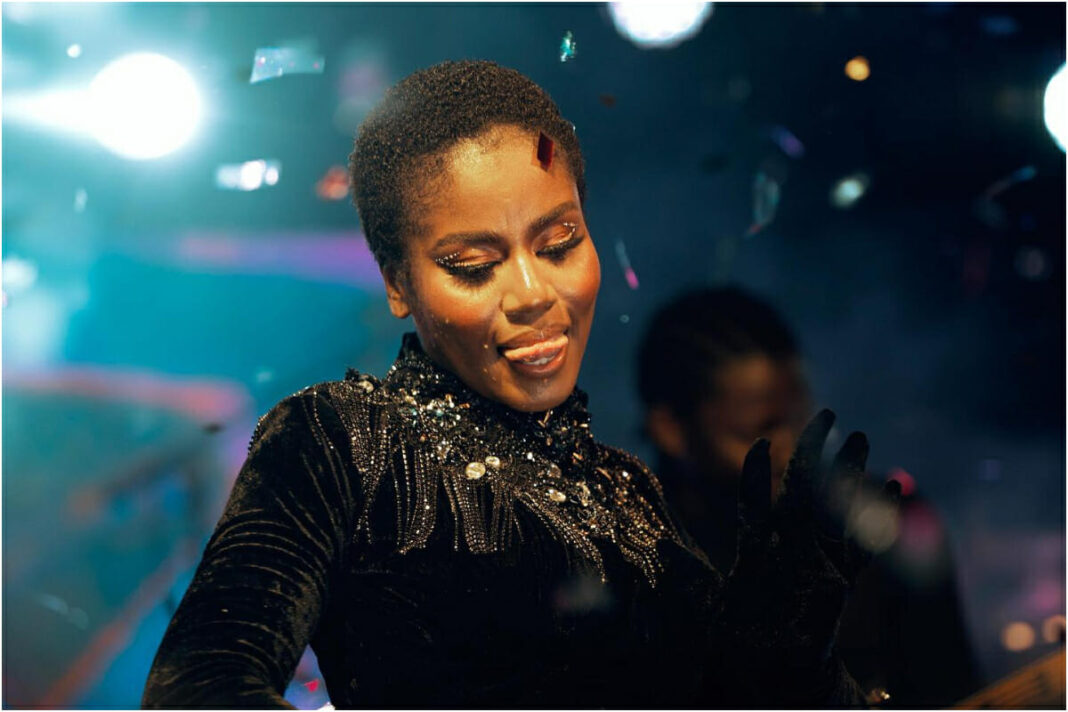 Mzvee has shared her opinion about the video of Jackie Appiah’s remarkable mansion which has sparked varied reactions online and is being used by some trolls as a yardstick to measure the success of other celebs.

Sharing her opinion on the cluster of people who think the mainstream actress exchanged her vajayjay in exchange for this fortune, Mzvee said it’s erroneous for people to subscribe to such a notion.

In her opinion, women work hard to attain the pinnacle of the success ladder which is why she is not happy about how some successful women like Jackie Appiah are shamed and have their achievements tied to the umbilical cord of men.

According to the musician, “It’s sad because there are women who are making it through hard work and just going through the way life is,” she stated in an interview with Amansan Krakye on Cape Coast-based Kastle FM.

Although she believes people are entitled to their opinions, she was quick to add people are not supposed to make assumptions they have no facts to buttress them.

“So, people shouldn’t just judge quickly but at the same time at the end of the day people also have their own opinions. Most of the time some of these opinions are not true so I mean people should just mind their own business,” she concluded.

Similarly, actress Beverly Afaglo is not happy with how her colleague Jackie Appiah is being dragged online simply because a video of her beautiful and eye-popping mansion was shared online.

The actress who has had her own share of the savagery permeating the corridors of the internet slammed the naysayers who have been seized by jealousy and enviousness aimed at Jackie Appiah.

The wife of musician Choirmaster aka Honeho said actors like Jackie make a lot of money hence it makes sense that she has been able to put up such a magnificent mansion of her own singlehandedly.

In her words, the least amount of money an actor makes within five to ten days of a movie shoot is ₵5,000 so one could do the arithmetic if the actor gets over 5 gigs within a month.

“They’v started talking nonsense eh 😏 ….. when we shoot movies for 5 to 10 days and take 5k the least, how many of those so called professionals make that in even a month? But when they build they’ll say it’s hard work. What do they think we use our monies for? Smh”