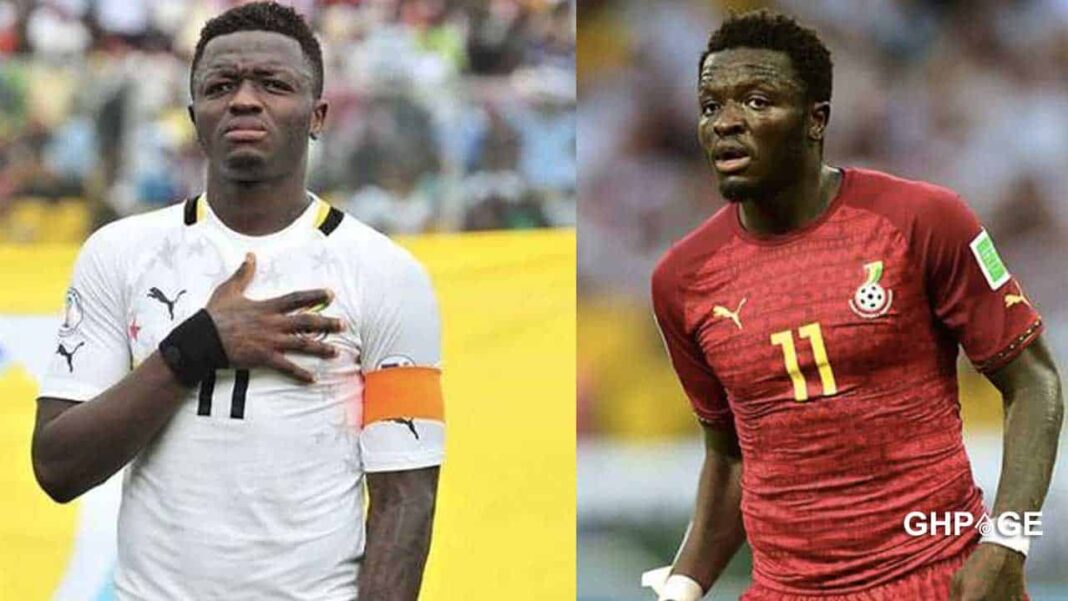 Sulley Ali Muntari has expressed his willingness to play for the Ghana Blackstars when he is called upon by the coach and the technical team anytime.

The Hearts of Oak player made this known while granting an interview to GTV Sports Plus.

According to him, playing for the Blackstars is always a nice feeling and he is ever ready to make himself available for call-ups.

He went on to say that if he is called and doesn’t get the chance to play, he will sit on the bench and contribute to the success of the team.

Sulley mentioned that one thing about him is the fact that he can’t sit and watch Ghana go down because he has a lot of passion for the game of football.

The former Inter Milan player went on to say there is lots of love he gets from market women and other Ghanaians when he plays for the Blackstars and he has to reciprocate that love to them.

He disclosed that even if he is on crutches he will still make himself available to sacrifice for the country.

Watch the video below:

Sulley Muntari was a regular player for the Blackstars until the 2014 unfortunate incident in Brazil that got him suspended from the Blackstars together with Kevin Prince BoatengSul.