Media Tycoon, Jimmy Lai sentenced to one year in prison for pro-democracy protests

Hong Kong pro-democracy media tycoon, Jimmy Lai has been sentenced to 12 months in prison after being found guilty of unauthorized assembly.

Lai was among nine of Hong Kong’s most prominent democracy campaigners found guilty of organizing and participating in one of the city’s biggest-ever protests in 2019.

Organizers say 1.7 million people, almost one-quarter of Hong Kong’s population turned out for a huge rally that formed the backbone of demonstrations that wracked the city throughout 2019.

Nine activists were sentenced for participating in the demonstration on 18 August 2019. Another three received sentences in relation to a separate protest on 31 August. 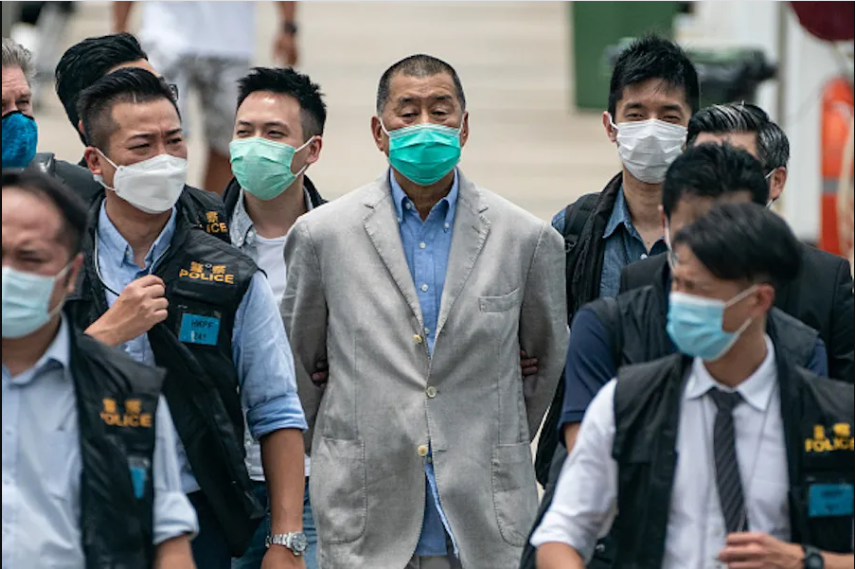 They include veteran campaigner Martin Lee, 82, and lawyer Margaret Ng, 73, whose sentences were suspended.

During sentencing, the judge said: “Actions have consequences for everyone irrespective of who they are.”

Jimmy Lai, 73, the founder of Apple Daily is a fierce critic of Beijing. He faces eight charges in total, including collusion with a foreign country and a fraud case related to the lease of the building which houses Apple Daily.

Earlier this week, Mr. Lai’s Apple Daily newspaper published a hand-written letter by him, sent from prison, which read: “It is our responsibility as journalists to seek justice. As long as we are not blinded by unjust temptations, as long as we do not let evil get its way through us, we are fulfilling our responsibility.”