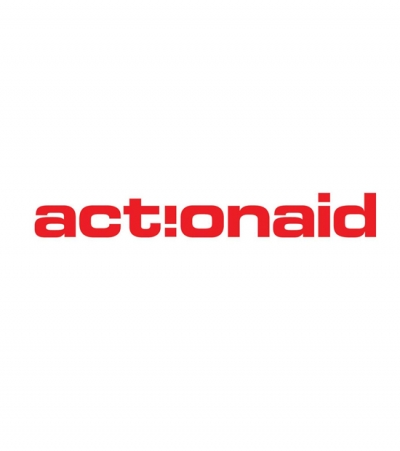 A new report released by ActionAid Ghana in partnership with Public Services International and Education International has confirmed concerns raised by experts in the finance and tax industry on Ghana’s alarming debt crisis.

According to the report, although Ghana’s public-sector wage bill has increased significantly over the last decade or so, the pace of growth has not matched the increasing need for the critical workforce required in the public sector, especially in education and health, thus, severely affecting the delivery of quality public services.

The report further reveals that the inability of the government to absorb more public-sector workers stems from the growing rigidities in the budget as a result of sharp increases in debt service, in particular interest payments.

The report is in line with ActionAid Ghana’s Mission Priority four which focuses on how to improve citizen’s participation, public accountability, effective revenue mobilisation and fair redistribution of public resources towards gender-responsive public services.

The report reveals that as part of the IMF sponsored fiscal consolidation programme launched in 2015, the government accepted the key programme conditionality of public sector wage rationalisation policy to contain and reduce the wage bill.

The conditionalities according to the analyses included the government implementing a hiring freeze across most government agencies, and the cap on nominal wage increases.

The health and education sectors experienced much severer control concerning hiring. For instance, healthcare or educational institutions cannot hire without financial clearance from the Ministry of Finance and the relevant ministry.

For instance, the average national teacher-student ratios are 32:1, 31:1, 15:1, 20:1 and 27:1 for pre-primary, primary, junior high, secondary, and tertiary levels of education, respectively.

This is way above the 15:1 global threshold for pre-primary, primary and junior high levels, 13:1 for senior high level and even lower ratio for tertiary (less 13:1 ratio).

The current arrangement means that Ghana’s ratios are twice higher than the economically efficient levels, a situation that affects productivity and delivery of quality education.

A look at the gap suggests that to attain the goal of universal primary education or the SDG 4 by 2030, Ghana will need to recruit about 15 per cent more teachers each year at the primary level between now and 2030.

Concerning healthcare, the average doctor-to-population ratio of 1:8132 per population far exceeds the WHO’s global threshold of 1:1000.

We found that Ghana needs to fill a net budgetary deficit of 40 per cent (US$206.6 million) to meet the minimum requirement of staffing for primary and secondary health services.

The report further noted that “the COVID-19 health crisis has revealed the extent to which public services have been under-funded for a generation across Africa, with women in the poorest communities often having to take the strain to fill the gaps through unpaid care and domestic work”.

It indicated that the contraction in public services is adversely impacting women the more as they form the majority of the frontline workers such as teachers, nurses, midwives, doctors and other education and health workers.

These, coupled with the increasing women’s unpaid domestic and childcare services, are pushing women more into poverty and undermining the progress on human rights – a situation that significantly threatens the realisation of the Sustainable Development Goals.

According to the report, Ghana is spending 59 per cent of its revenue on debt servicing, making the country the second-highest in the world. These statistics which are analysed data from the Ministry of Finance between 2016 and 2020 suggests an increasing public debt as against declining GDP growth.

It further revealed that the percentage of government revenue spent on debt servicing (above 40 per cent between 2016 and 2019 and over 55 per cent in 2020), far exceeds the IMF’s sustainable threshold of 12 per cent and the 18 per cent of IMF’s country-specific limit for Ghana.

The report indicated that on average, between 2016 and 2020, over 40 per cent of the government’s domestic expenditure and 26 per cent of its total expenditure were in debt service alone.

This is 1.74 times (17 per cent) and 1.6 times (16 per cent) higher than the shares of domestic expenditure and total expenditure in both public education and health wage bills.

The situation as it stands now is not healthy for Ghana’s economic development as it hampers its efforts in achieving the majority of the SDGs.

The report further indicates that the amount spent by the government on public sector wages (including health, education, social protection, security services, sanitation, public works, administration etc.) is almost the same as the amount spent on interest payments on debts. Compared to its peers, Ghana has one of the lowest compensations for workers to expenditure ratio (35.6 per cent) in 2019 but shows the highest percentage of interest payments over total expenditure (31.7 per cent) in the same period.

Recommendations for IMF and Government

The underfunding of these critical services is in contravention of the International Covenant on Economic, Social and Cultural Rights (ICESCR), ratified by 171 UN member states including Ghana.

The ICESCR requires that governments must devote their “maximum available resources” (Art 2(1)) to progressively achieve the full realisation of socio-economic rights for all (Center for Economic and Social Rights, 2020).

To fully mitigate the impact of the COVID-19 pandemic and secondly, to avert the public sector wage bill caps/freezes on gender-responsive public services provision, it is rerecommended that the IMF should move away from policy advice that gives absolute primacy to short-run macro-stability but rather what help the country move towards long-term planning so that they can factor in the returns to longer-run investments in education, health, social protection and sanitation programmes.

ActionAid also recommends that the Government should as part of its long-term planning, determine staffing and pay levels that are consistent with their public sector wage bills and allow for the operation of a motivated and professional teaching force on a sustainable basis.

We also urged the Government to renegotiate with development partners (IMF and World Bank in particular) for a mechanism that ensures that debt servicing does not surpass 18 per cent of government revenue.

The government is also so encouraged to develop policies that support the goals of SDGs and the International Labour Organisation’s decent work agenda, which involve decent job creation, rights at work, social protection and social dialogue with gender equality as a crosscutting objective.

ActionAid is calling on the government to perform a human rights and gender impact assessment of any policy that impacts the public sector workforce, particularly education, health, social protection, water and sanitation.

Sometimes you just have to quit – Kuami Eugene to underground artistes