Defending Ghana Premier League Champions, Accra Hearts of Oak put up an impressive display on Sunday afternoon to secure a 4-1 win over Techiman Eleven Wonders at the Accra Sports Stadium.

Kofi Kordzi scored a brace with Salim Adams and Daniel Afriyie Barnieh also finding the back of the net to help the Phobians pick up all three points.

The win sees Hearts of Oak move up to 6th place on the league standings with a game in hand against Kumasi Asante Kotoko.

Elsewhere, AshantiGold were 4-0 winners over Elmina Sharks at the Len Clay Stadium bringing an end to their six-match winless streak. 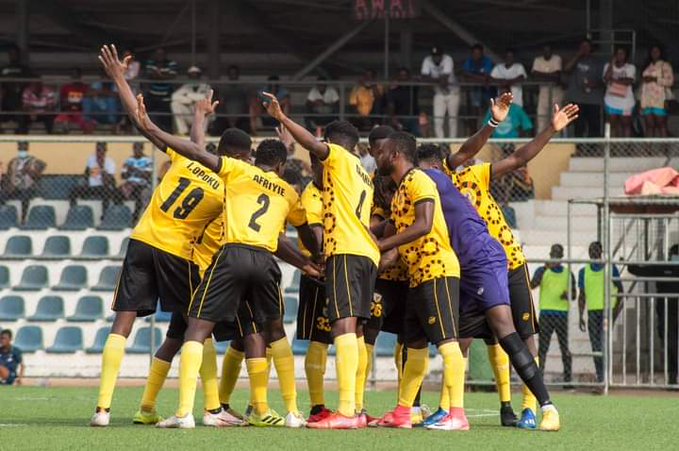 A brace from Seth Osei and two other goals from Elijah Addai and Yaw Annor sealed the win for the miners.

The defeat leaves Elmina Sharks at the bottom of the league log with just 7 points from 13 games.

Aduana Stars were held to a 1-1 draw by Accra Lions.

The visitors took the lead early in the first half through Daniel Awuni before Aduana equalised via a penalty in the 40th minute through Yahaya Mohammed.

Medeama were held to a frustrating goalless draw at the Akoon Park by Accra Great Olympics.

The draw leaves Medeama in 4th place with 23 points while Olympics sit in 7th with 19 points from 13 games.

First half goals from Mustapha Fuseini and Mohammed Sadat gave the home side a deserving win against their fellow newcomers.

In Sogakope, WAFA were held to a 1-1 draw by Dreams FC.

Justus Torsutsey gave the home side the lead in the 48th minute before Issah Ibrahim leveled for the visitors in the 51st minute. 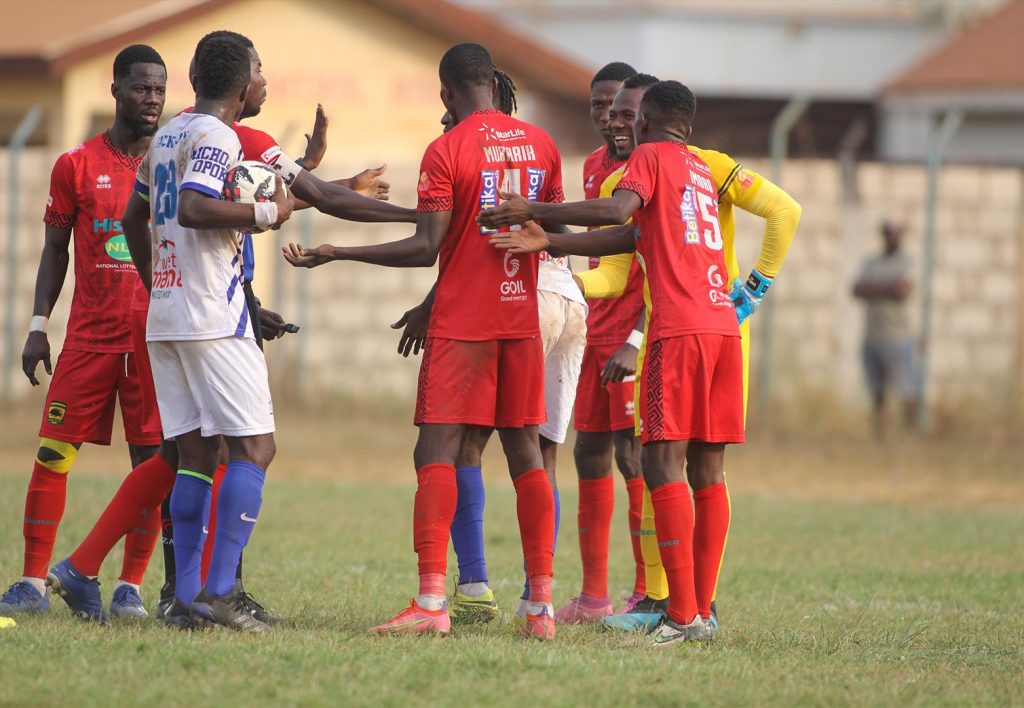 The home side had the opportunity to take the lead late on in the game via a controversial penalty but were denied by Kotoko goalkeeper, Ibrahim Danlad.

Kotoko have now opened a 4 point gap at the top of the Ghana Premier League table.

King Faisal were beaten 2-0 at home by Karela United at the Baba Yara Sports Stadium.

Umar Bashiru scored a goal in each half to secure all three points for the visitors.