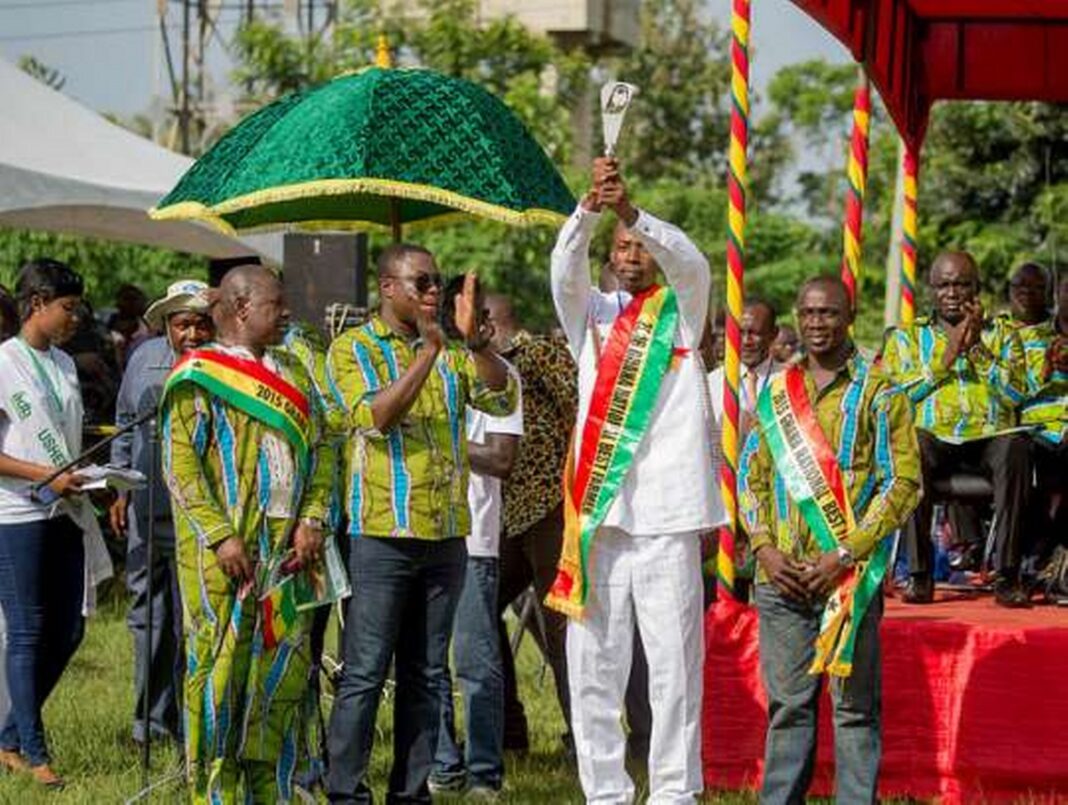 A 44-year-old farmer from the Northern Region, Alhaji Mohammed Mashud, has been adjudged the 2021 National Best Farmer.

The second was Suleman Yidana from the North East Region who also received a tractor and disc plough,  GH¢200,000 insurance cover, a study trip to Israel and a sprayer.

Rev Samuel Sida from the Ahafo Region emerged third and was awarded a Nissan Navara pickup and a GH¢200,000 insurance cover.

Kweku Ehun of the Gomoa East District of the Central Region was adjudged the best fisherman.

He received a two-bedroom house to be built at a location of his choice while other regional award winners were also awarded.

Addressing a gathering at the Adisadel College Park in Cape Coast, President Nana Akufo-Addo congratulated the farmers for their hard work and assured them of his government’s commitment to provide subsidies to enhance their farming activities.

This year’s celebration, which was the 37th edition, was themed: Planting for Food and Jobs-Consolidating Food Systems in Ghana.

The awards ceremony was instituted to reward hard-working and gallant farmers and fishers for their contribution to the nation’s food security.

In all, 165 farmers and fishermen were awarded at the ceremony.

The awardees called on the government to adopt efforts aimed at mechanising agriculture to make the sector more attractive for the youth.

Alhaji Mashud said it was time to support the local agriculture sector to produce more for the nation and for exports to reduce food importation.

The event was attended by Ministers of State, Members of Parliament, farmers, local and foreign investors and civil society actors.