“You know you’re sick right?” Bobrisky slams Halima Abubakar after the actress released their chats from 2019

Bobrisky has slammed Halima Abubakar after the actress called him out and released their chats from 2019.

The chats show Bobrisky calling Halima “broke” and “dirty” because the actress blocked him.

Halima said she was on her sick bed at the time and the chat affected her blood pressure (read here).

Responding, Bobrisky warned Halima to never mention his name again. He told Halima that she is “sick ” and that’s why all her friends left her.

The crossdresser also slammed the actress for bringing up a chat from 2019. 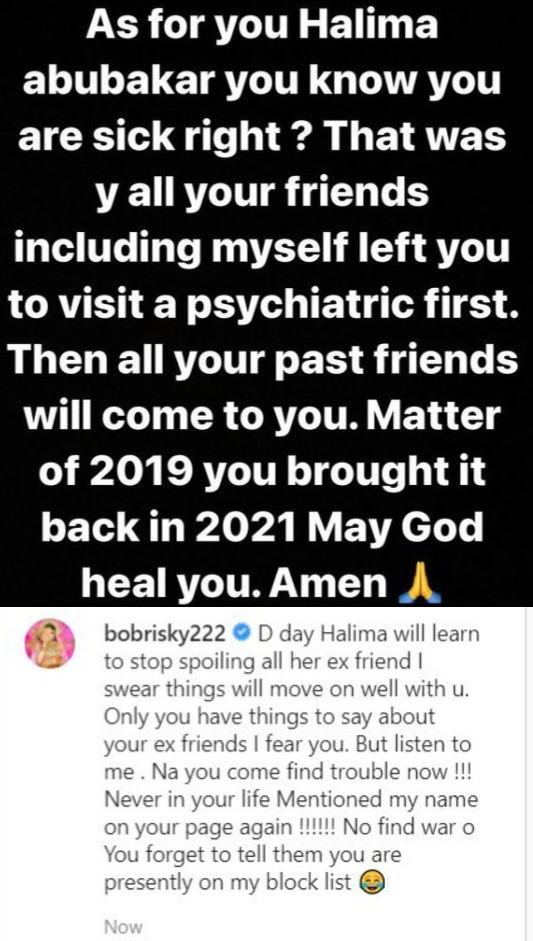 Don’t allow your boyfriend to take care of you or bill him like your husband, that’s the job of your father- Woman counsels other...

Don’t allow your boyfriend to take care of you or bill...