Minute Goal
HomeNigeriaWoman left with swollen eyes after allegedly being beaten by her husband...
Nigeria

A woman’s eyes was swollen shut after she was allegedly beaten by her husband.

Humanitarian, Dr Yolanda George-David said the woman’s husband starts acting up whenever she tries to start a business.

According to George-David, in the latest incident, he allegedly locked her goods up in the toilet and when she asked him to release them, he allegedly beat her up. In the process of beating her, their dog allegedly bit her.

Concerned neighbours rushed her to the hospital where she was given drugs. The swollen eyes are reportedly a side effect of the drugs.

Forwarded as received
She said her husband always prevent her from doing business.
Each time she starts doing something the husband will not give the children upkeep and finally he ends up locking her goods inside the toilet. He resulted into beating her when she demanded for her good and in the process of the man beating her their dog bite her on the leg.
The neighbors rushed her to the hospital and the aftermath of the drug prescribed is the swollen eyes.

It is frustrating that some of the victims of domestic violence…tend to run back to their abusers…without making sure they have gotten help…. but these women are not just statistics … they are people’s daughters… mothers… sisters… 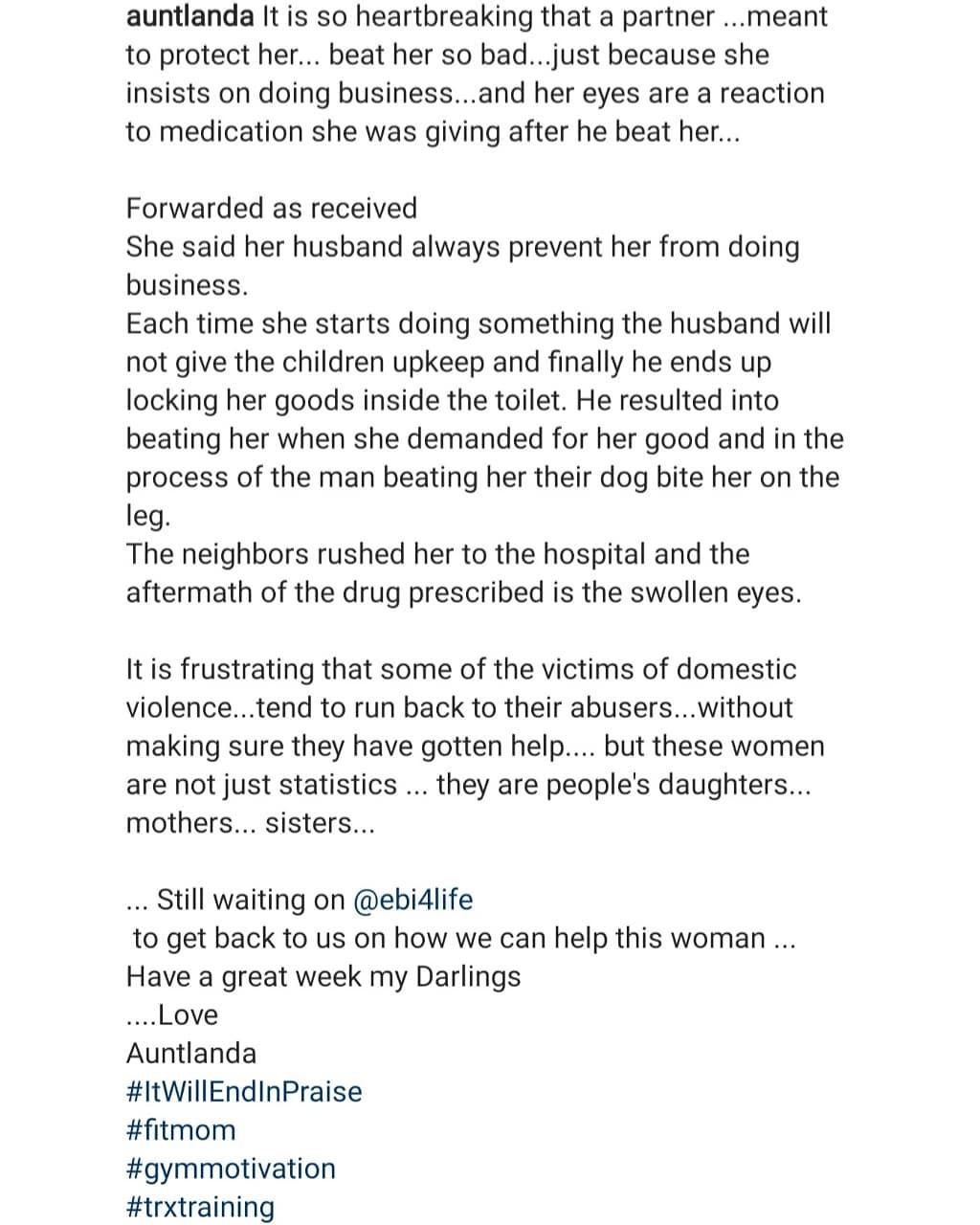 Watch the video below.

GES laptops to teachers are wack, outmoded and too heavy to carry – Realest Blogger » GhBase•com™

Oil slips on worries of a China slowdown, jump in OPEC output | Business and Economy News

GES laptops to teachers are wack, outmoded and too heavy to...