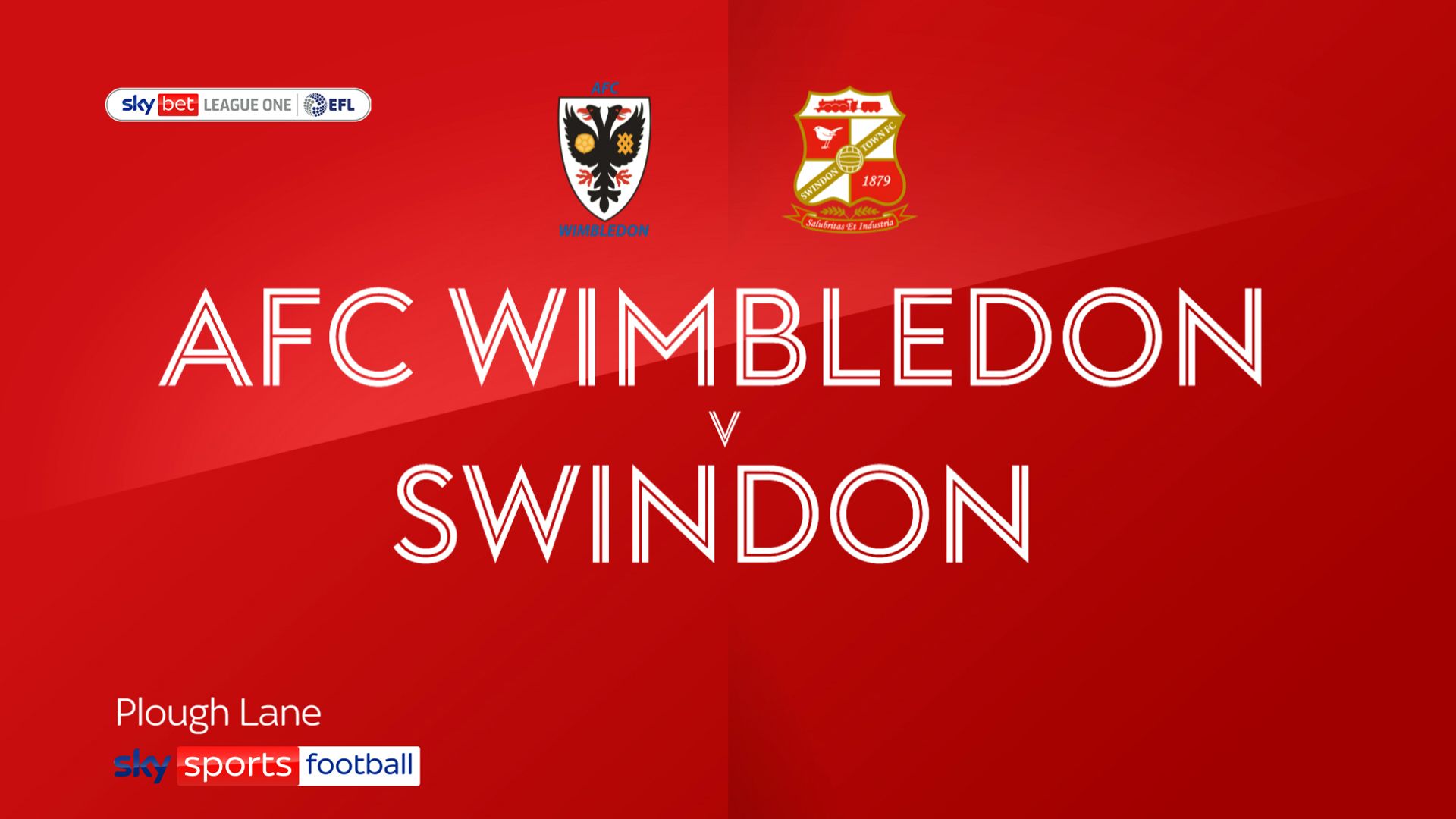 Joe Pigott scored twice as AFC Wimbledon made it three wins in a row with a 4-1 trouncing of fellow League One strugglers Swindon.

The Dons have hauled themselves five points clear of the relegation zone, but it is hard to see any way back for the Robins as they fall eight points adrift of safety.

After Swindon’s Brett Pitman hit the crossbar with an early header, Wimbledon went ahead when Pigott converted from the penalty spot after Jack Rudoni was tripped by Jonathan Grounds.

The lead was doubled when an unmarked Will Nightingale thumped in a header from Rudoni’s set-piece before a superb free-kick by Pigott crashed off the woodwork.

Ayoub Assal then rattled the bar himself after rounding Lee Camp but he found the net from close range just before half-time after getting in the way of Ollie Palmer’s shot.

Assal struck the bar again before he set up Pigott’s second of the afternoon; a precise finish into the bottom corner, with Tyler Smith notching a consolation for the visitors with 11 minutes left.

Day for the launch of 2021/22 GPL season announced