Willian: I wanted to leave Arsenal after three months 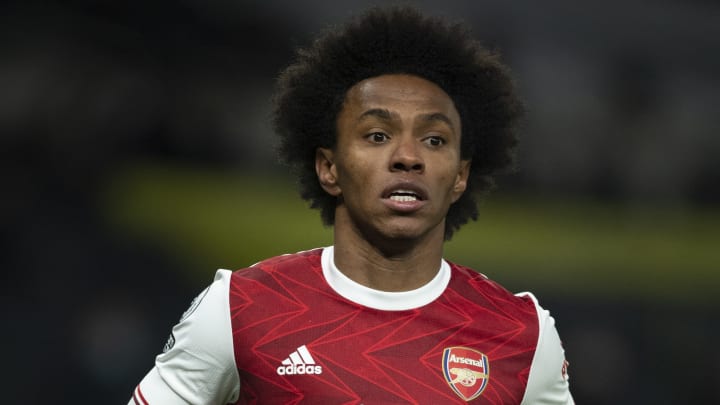 Willian has admitted he wanted to leave Arsenal after just three months because he “wasn’t happy” in north London.

Arsenal signed Willian on a free transfer following his departure from Chelsea in the summer of 2020, tying him down to a three-year contract.

However, the Brazilian asked to cut short that agreement in August before rejoining boyhood club Corinthians, having struggled to reach his best level during his single campaign at Emirates Stadium.

Willian has now opened up on his departure, telling Rio Ferdinand’s YouTube channel FIVE: “I was not happy, that’s why I didn’t perform. I don’t want to go into the details, but I wasn’t happy.

“So, when I arrived there I was happy, from the beginning I was motivated, I wanted to do well, new club, new mates, new projects.

“After three months, I told my agent ‘please, I want to go’. I don’t want to speak bad about the club because it is a big club, has a big history in football, big players played there before it’s a big club – but it didn’t work, it was, of course, the most difficult time of my career.”

The 33-year-old forwent two years of wages when Arsenal agreed to terminate his contract, but he was more than willing to make that sacrifice in order to rediscover his passion for the game.

“Yeah, it was big money that I gave up – money is not the most important thing in life, you need to be happy, to be getting pleasure and wake up and want to go to training,” he said.

“I wasn’t having that, so I said to myself, with my family and my wife ‘I cannot stay here, I am not happy here, I have to leave and find a way out to leave the club.’ For me, it is unfair to stay in a place you don’t want to stay just because of the money.”

Willian forged a reputation as one of the top midfielders in the Premier League during his seven-year stay at Chelsea, winning two league titles.

The Brazil international was never able to show the same kind of form at Arsenal, though, as he scored just once in 37 games across all competitions in 2020-21.

Gunners supporters weren’t shy in letting Willian know he was failing to live up to expectations, and he says their opinion ultimately helped him make up his mind to move on.

“I received a lot of messages on social media from them and also because I came from Chelsea,” he said.

“I think if I came from another club it would have been better for them but also because I came from Chelsea and didn’t perform well – I think about that and say ‘I have to go.’”