“Why can’t we interview in our African languages?” Man narrates his experience when he attended a job interview wearing traditional attire and speaking Igbo

A man took to Twitter to narrate what transpired when he went for an interview dressed in traditional Igbo attire and spoke Igbo to his interviewers.

Maazi Ogbonnaya, an Igbo author, said since the interview was in Igbo land and the interviewers are Igbos, he chose to wear isiagu and beads.

At the gate, he was initially denied entrance. When he managed to get in, his fellow job seekers who were dressed in suits all condemned him because of how he was dressed.

Office staff who came to take their details also ‘condemned him with their eyes.’

When he finally went in for his interview, he said it didn’t start off well as he was initially queried for the way he was dressed. He said he replied in Igbo and when his interviewers asked why he was responding in Igbo when they were speaking English to him, he told them he wanted to speak in Igbo.

He said his courage caught the attention of the owner of the firm and all his interviewers decided to hold the interview in Igbo.

“The interview language with me turned to Igbo language. A beautiful scene they enjoyed more than I did. It became a conversational interview. Everyone was laughing,” he wrote.

He added that he was immediately offered the job and the CEO of the company asked him to join them on their lunch break immediately after the interview was over.

He went on to suggest that interviews in Africa should be done in African languages and people should be OK with wearing their native attires to work.

He wrote: “Why can’t we Africans when interviewing our fellow Africans for job use African languages? Why can’t Igbo interview an Igbo in Igbo? Yoruba interview a Yoruba in Yoruba? Hausa interview an Hausa in Hausa? Must we also dress in suit? Why not wear our native dressings?”

Read his thread below. 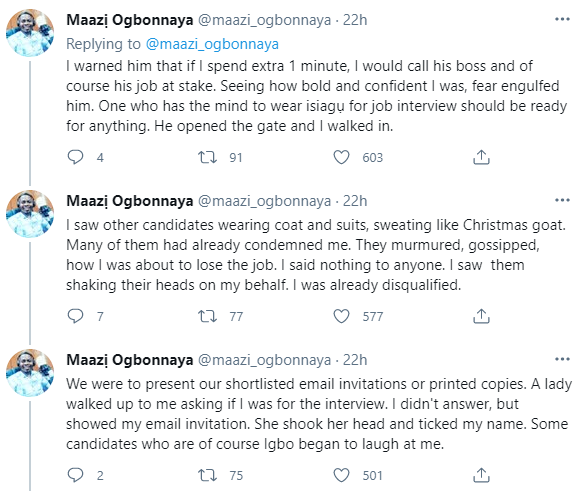 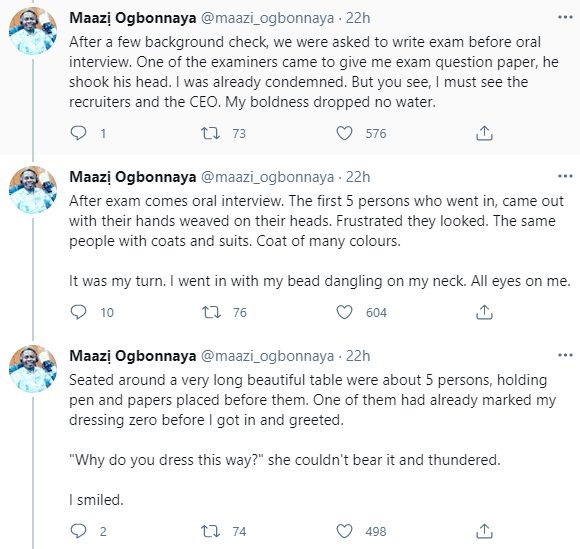 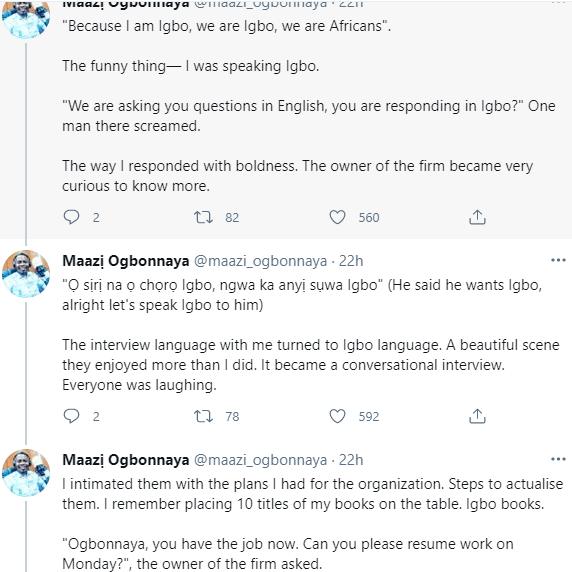 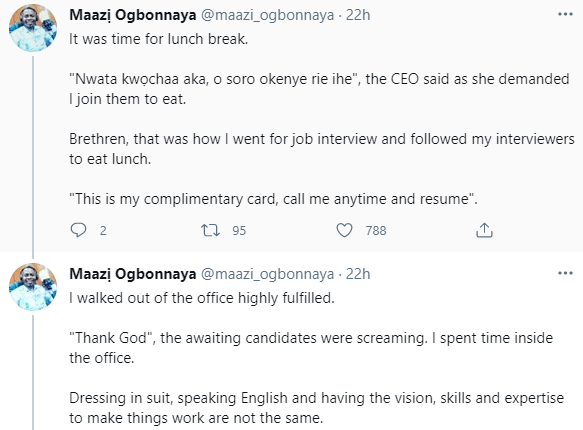 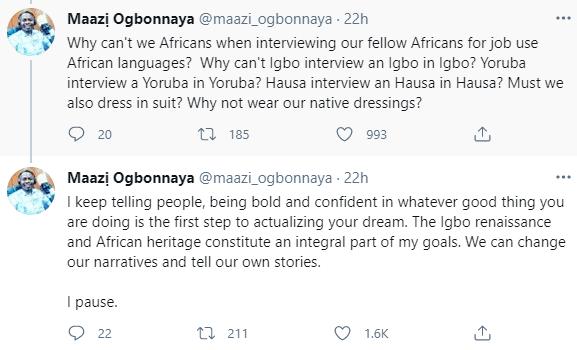