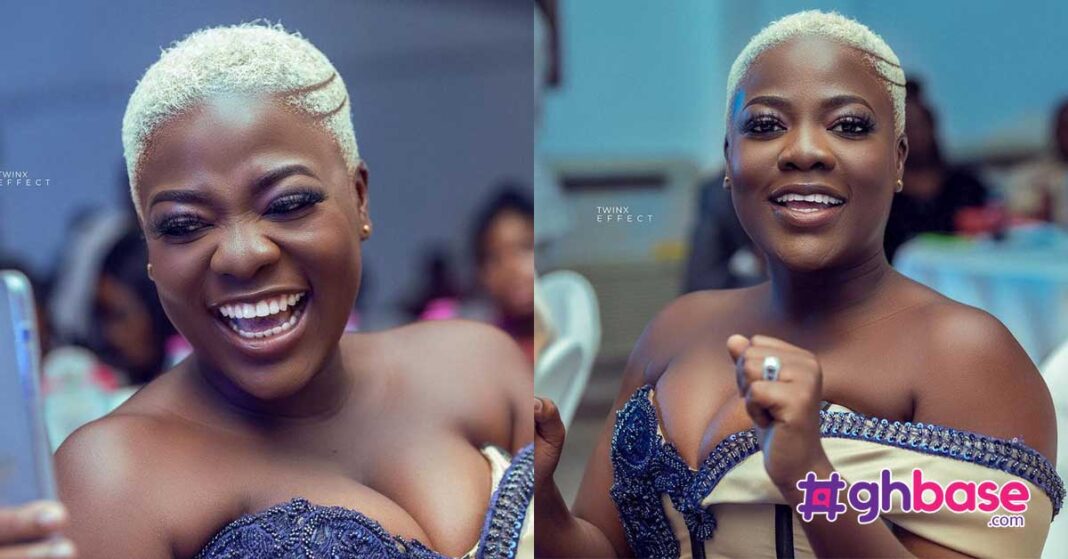 Ghanaian TikToker Asantewaa has provided a mild response to a troll that sent her a very hurtful message instead of shoving her in the gutter that she belongs.

The social media star who has dominated the internet recently owing to her flirtations with her manager despite being married shared a screenshot of a troll who wished her dead without any provocation.

Her attention was brought to what the troll purported to be a lady said about her on TikTok by a friend. Asantewaa replied by saying she thought they were having fun but never knew the person has gone beyond that scope to curse.

She added that death is for everyone so she’s not afraid to die but intends to sue whoever did that together with the faceless trolls who use fake accounts to get at her.

‘I married my husband after dating him for two weeks’