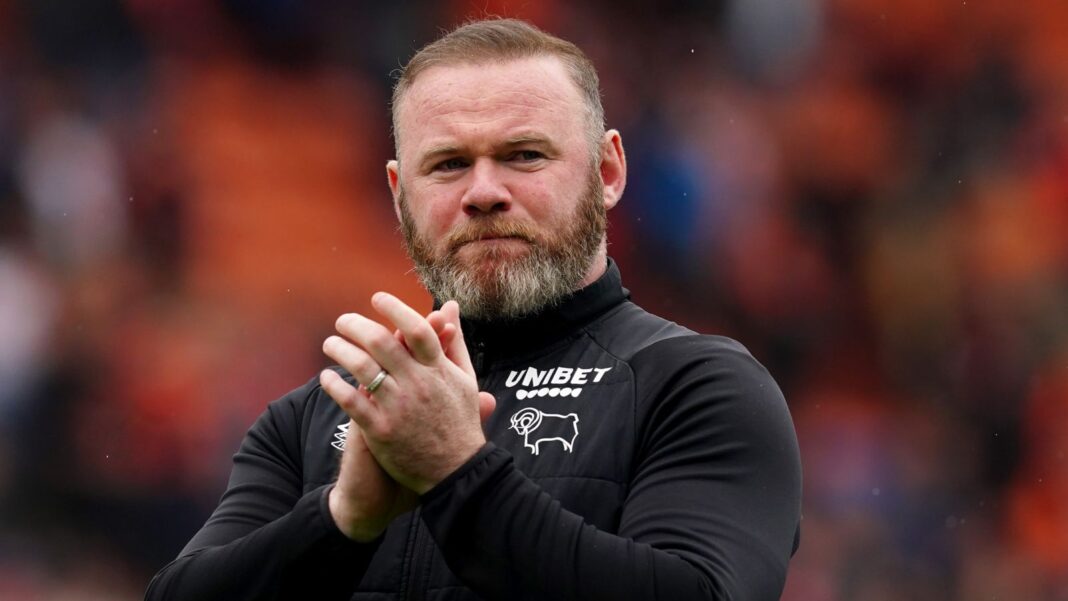 Wayne Rooney has quit as Derby County manager, admitting the club needs someone with “fresh energy” to lead them in what is an uncertain period regarding the ownership.

Derby remain in administration after a prolonged period of uncertainty that has seen the club relegated to Sky Bet League One.

Rooney received plenty of plaudits for the work done with the club in their battle to avoid the drop.

Had it not been for the 12-point deduction for entering administration, which was followed by a nine-point penalty for breaching EFL accounting rules, the Rams would have finished 18th, level with Bristol City on 55 points.

Instead, despite the toils of a team filled to the brim with young players, largely with little to no EFL experience, punishments for issues off the pitch proved too much of a stumbling block.

Rooney said: “Over the course of the Summer I have been closely following developments regarding the ownership of Derby County.

“Today I met with the administrators to inform them of my decision that it was time for me to leave the club. In fairness to them, they tried tremendously hard to change my decision but my mind was made up.

“My time at the club has been a rollercoaster of emotions, both highs and lows, but I have to say that I have enjoyed the challenge.

“Personally, I feel the club now needs to be led by someone with fresh energy and not affected by the events that have happened over the last eighteen months. I will remember my time at Derby with great pride and affection and would like to thank all my staff, players and of course the fans for their incredible support. I will never forget you and hope to see you all again in the near future and in happier times.

“Finally, I am aware that the club still have interested parties who wish to take over the running of the club. To them I say this, Derby County is a great club with a great history and great fans. I wish you all the best and much success for the future.”

“It’s compulsory for a man to last longer in bed; 2 minutes men are lazy and annoying”

Three DOL clubs to battle for Ashgold’s place in GPL