This is the moment Coast Guard members in Florida intercepted a stealth boat carrying $94million worth of cocaine.

According to a press statement, the Coast Guard Cutter Tampa’s crew offloaded approximately 5,500 pounds of cocaine, worth an estimated $94.6million, in Miami.

The boat was intercepted off the coast of Punta Gallinas, Colombia, on Friday, April 9 after a maritime patrol flight spotted the low profile vessel.

Video from the scene showed members of the Coast Guard pulling up next to the vessel during the siege.

Authorities said three suspects, who were not injured, were taken into custody. Once aboard the Coast Guard cutter, all suspects received food, water, shelter, and basic medical attention.

Coastguardsmen discovered 87 bales of cocaine before destroying the vessel ‘as a hazard to navigation’. 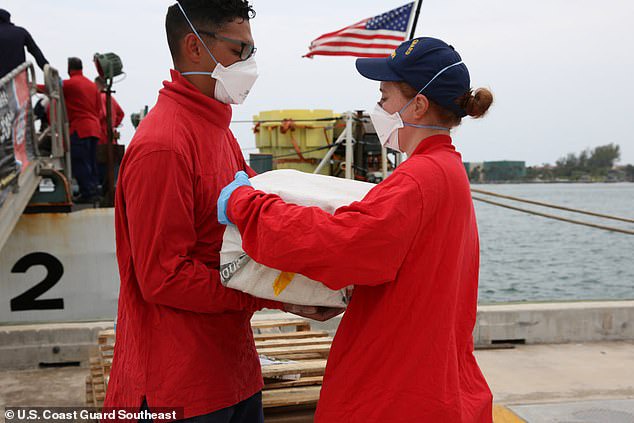 Images from the incident showed members of the Coast Guard carrying the bales of cocaine and stacking them onshore following the bust. 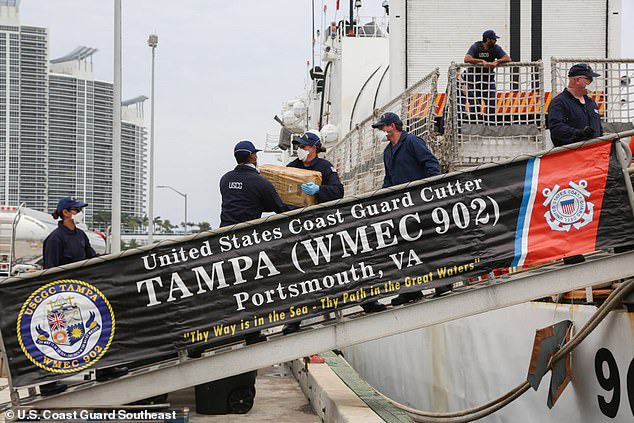 ‘By strengthening partnerships, we counter threats together.’ 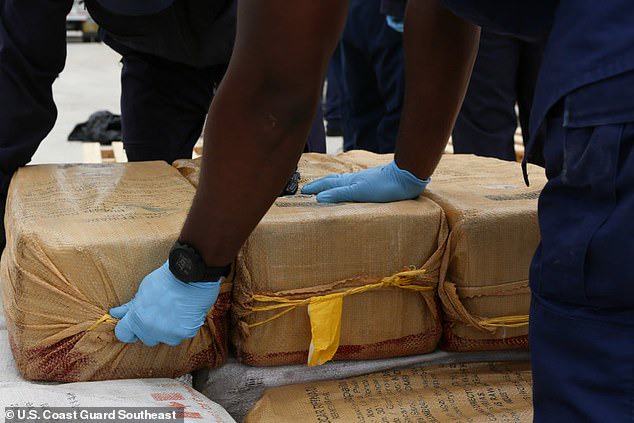 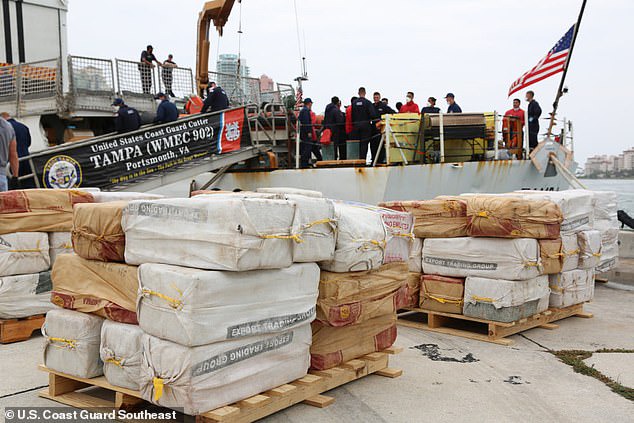 The bust comes just a month after Coast Guard crews said they unloaded thousands of pounds of cocaine and cannabis off the coast of San Diego.

The estimated $126.7million worth of drugs which weighed approximately 7,500 pounds were taken by authorities from 10 suspected drug smuggling vessels that were intercepted between January and February.

Sarkodie Reacts After American Rapper, Wale Got Slammed By Fans Over “No Pressure” Album » GhBase•com™