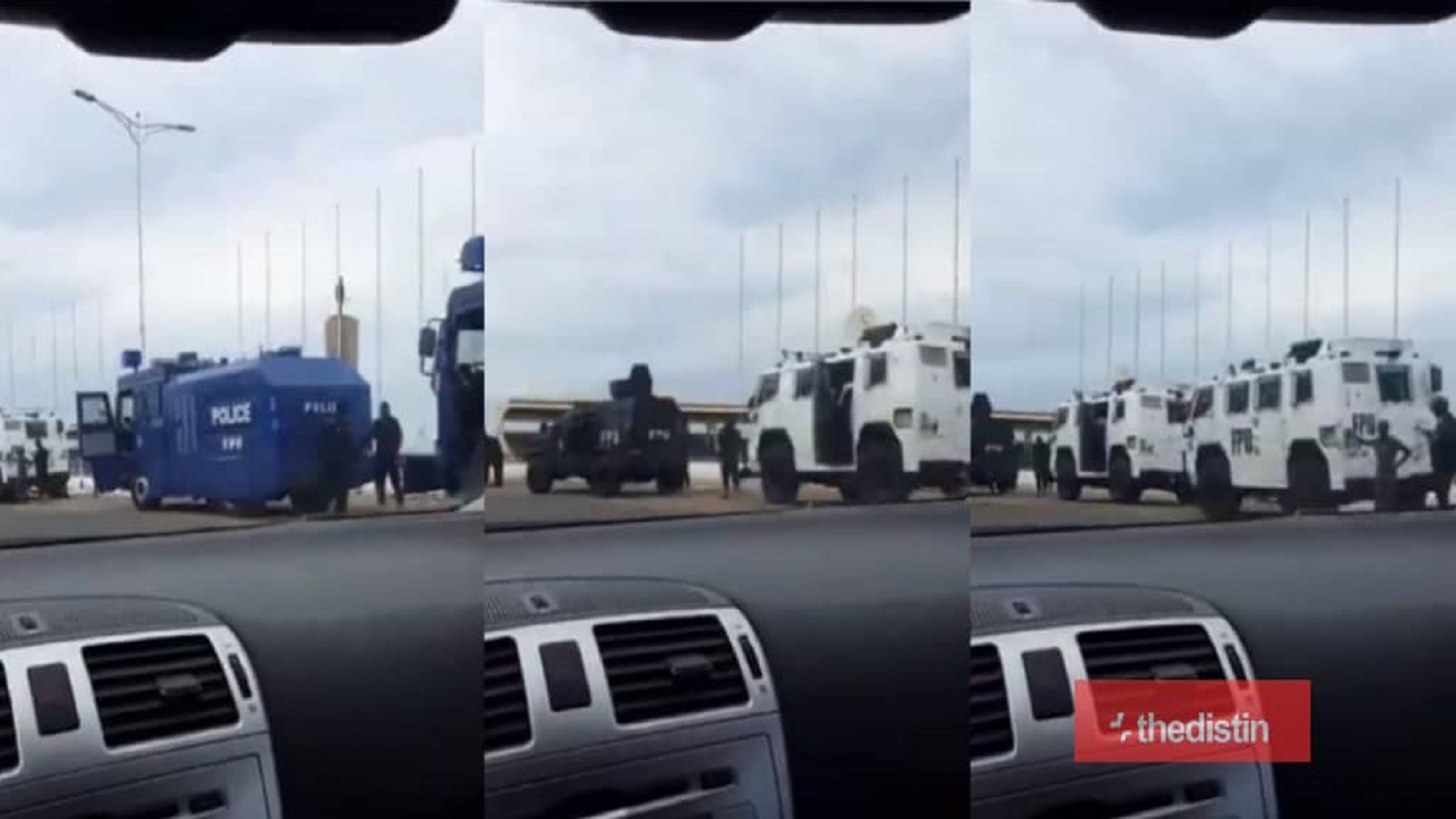 A video of Ghana Police with their hot water van parading at Black Star Square to prevent citizens from protesting drops online.

Ghana Police with a Plan B of stopping a protest from ongoing paraded with their Vans at the venue where Fix The Country Campaign Convenors were expected to gather to begin their protest.

The government sent police to independence square just because of a protest the youth intend to have to demand their basic needs.

However, the campaign convernors has disappointed them and rather taken the protest to online as the state didn’t give permission.

Law-abiding citizens didn’t go out to protest after Ghana Police was able to secure a court order preventing them from protesting.

The protest which will still go on but will be done online with a hashtag is expected to begin between the hours of 1 Pm to 4 Pm.

When I die I’m going straight to heaven; those who doubt God exists are fools