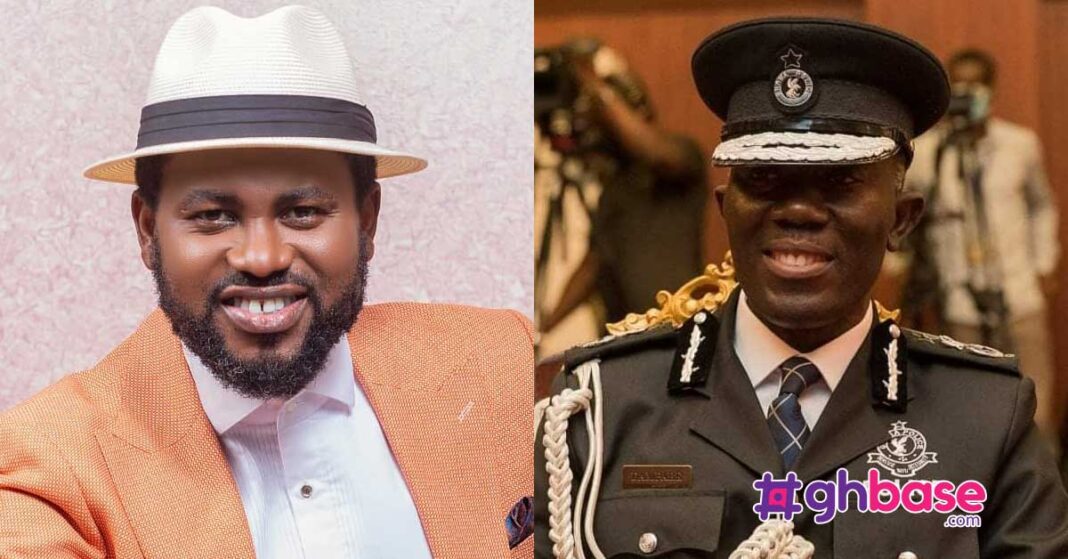 Media personality with Okay FM, Abeiku Santana has hailed the newly appointed Inspector General of Police, Dr Akufo Dampare for his immense support to the citizens when commercial drivers went on a sit-down strike over the high increase in prices of fuel.

The Ghana Police Service under the leadership of the IGP Dr George Akuffo Dampare on Monday, 6th December 2021 made available buses to assist stranded commuters during the nationwide strike.

This gesture by the IGP made Abeiku Santana who has become fond of him declare on his show that he would personally campaign and vote for him should he decide to run for Presidency after his retirement.

According to Abeiku Santana, he has come to respect the Ghana Police Service since the new IGP put measures in place to make the service regain its lost credibility.