(+VIDEO) I Want A Man Who Is Funny And Taller Than Me, I Have Money So I Don’t Care If He Is Broke 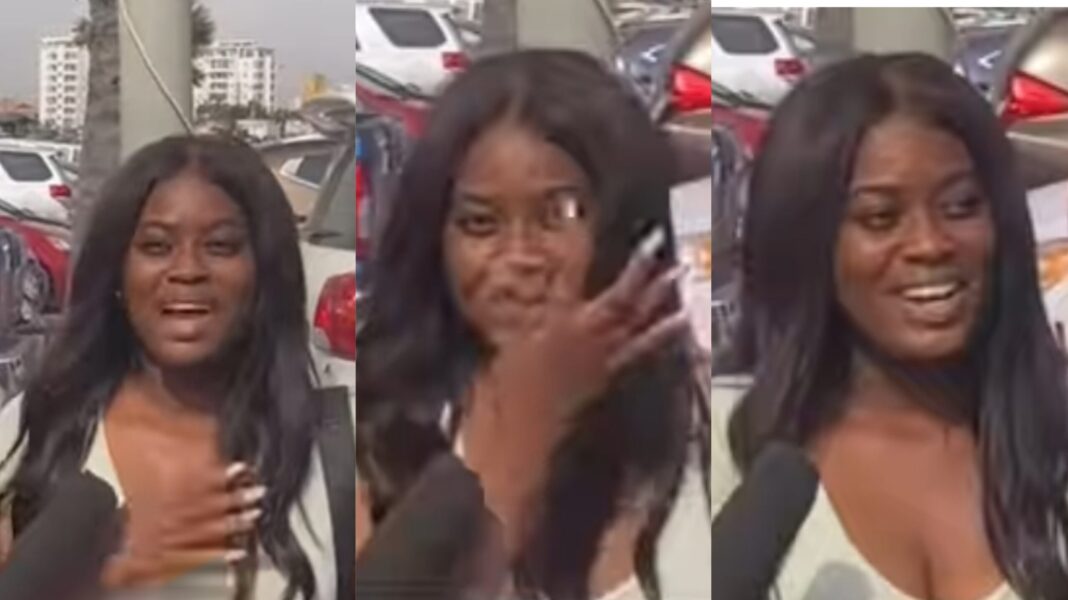 While many women are on a scavenger hunt for a rich, handsome man, a beautiful lady has that as her last priority.

Speaking in a recent interview, the lady disclosed that she was looking for a man who was funny and taller than her.

When asked about his financial status, the lady explained that she had enough money to take good care of both of them so she doesn’t care if he is broke.

A lot of men have since been asking for her number especially since she is willing to spend on them without asking them money for basic things like food, airtime, clothes, etc.