[Video] I did not treat my wife well 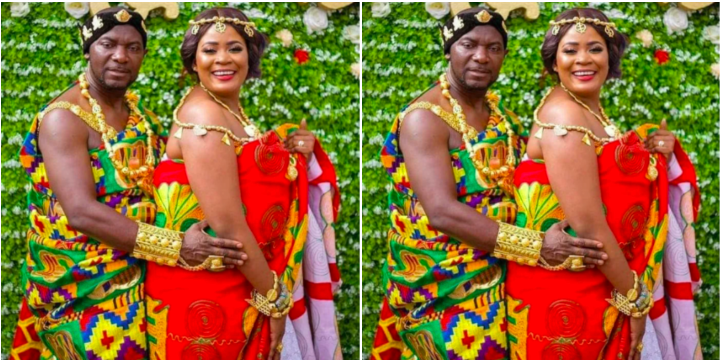 Nana Sarfo Kantanka, the husband of Ghanaian actress and producer, Nayas has had his say on the rumoured breakdown of their marriage which was done a year ago.

Not long ago, Nayas who is known for bringing her personal issues to the public’s notice did the same when she came out to confirm that she has been battling it with her husband, Nana Kantanka Sarfo.

Nana Sarfo breaking his silence on reports which suggest that the marriage of the two has hit the rocks mentioned during an interview with Oheneba Tv that he has accepted that he did not treat his wife well.

He further mentioned that when the whole issue about the challenges in their marriage became a big topic of discussion on social media, he was advised to take his time before he made a comment on it.

According to the Kontihene of Ghanaians in Hamburg, Germany, most of the issues have been dealt with behind the scenes as he has spoken with the family of Nayas on the way to make the marriage work again.

Nana Sarfo offered an unqualified apology to his wife and begged her to come back home soon.

I paid 5k to delegates, yet I lost the election; politics is really expensive – Former MP [Audio]