(+Video) He starves me but does not deny me of sex 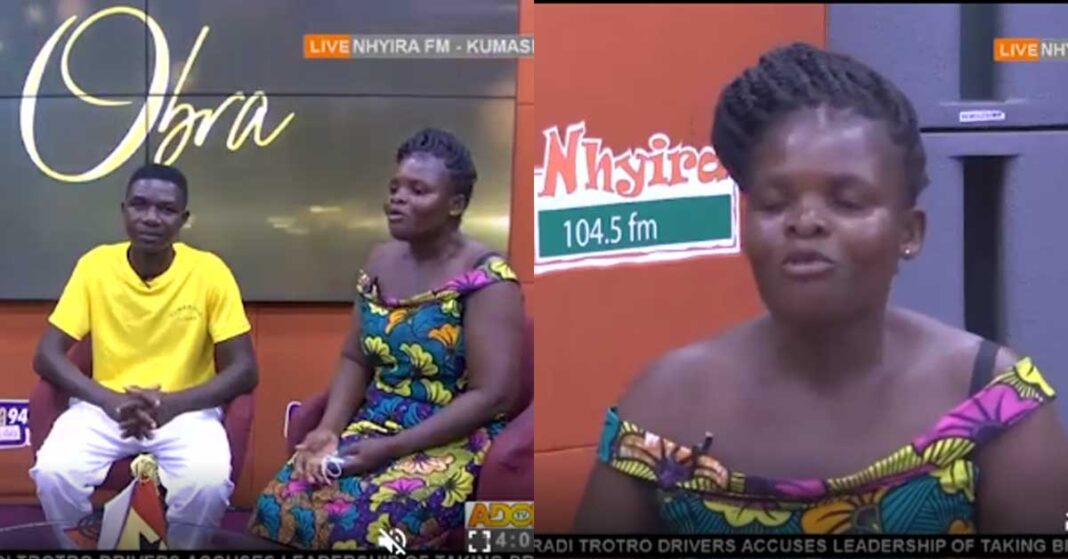 The woman who gave her husband some dirty slap on live Tv has admitted that her husband aside from all his flaws does not starve her when it comes to performing his midnight duties.

It was bizarre at the studios of Nhyira FM when guests were stunned at the attitude of the angry wife who met her husband squarely with a dirty slap.

The disgruntled husband and wife had been invited to sort out their grievances and restore their marriage to order when a mini-war broke out between the two.

The husband had earlier mentioned that his wife keeps urine and faeces in their room. His statement, however, angered the wife who stood up and gave him a dirty slap as the mas sat still.

In a video, the couple were interviewed where they spat out their grievances. The wife revealed that though her husband starves her but does not repeat it in bed when it comes to doing the do.

WATCH THE INTERVIEW BELOW;