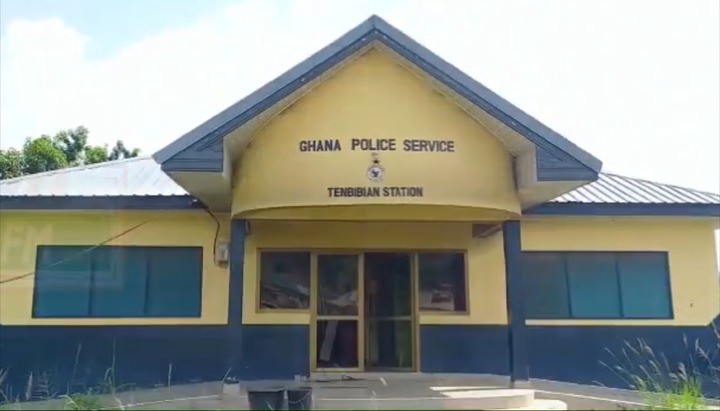 Unidentified thugs have set fire into a newly constructed police station at Tenbibian in the Ga South Municipality of the Greater Accra Region.

The station, which had been fully furnished, was set to be commissioned within the week.

Reports suggest the suspects destroyed the commander’s office, furniture and other property that were to support the work of personnel to be deployed.

Mr Tengey said he suspects arson as they could smell petrol in the building following the incident.

He, however, noted no suspects have been arrested yet though investigations were underway.

Chief for the area, Nii Quarshie Amponsah, who has been infuriated by the act, has called on the police to expedite investigations and bring the perpetrators to book.

He explained it has always been their desire to have a police station as the activities of land guards and related crimes continue to be a nightmare to residents.

The Municipal Chief Executive Officer, Joseph Nyani, further disclosed all was set for the police to begin their operations in the area.

“The regional commander has been here and we have looked for accommodation for the personnel so this is very unfortunate,” he bemoaned.

I miss Ghana’s glory days we used to show the world when it comes to sports, music, and movies