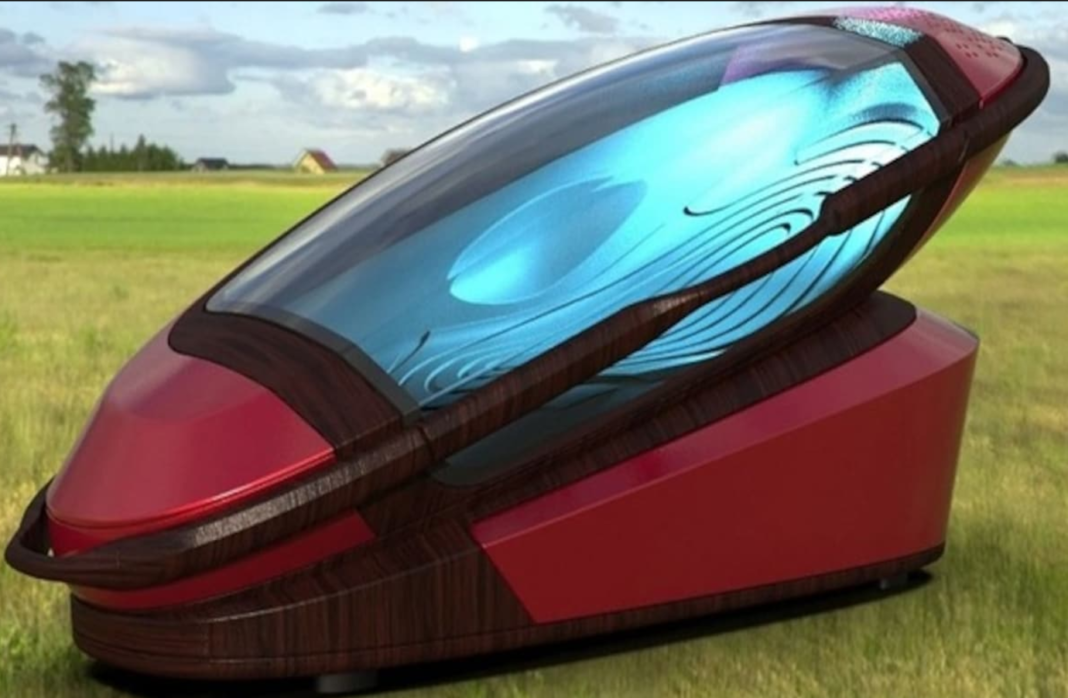 A coffin-shaped capsule that allows occupants to kill themselves has passed legal review in Switzerland, according to its creators.

The Sarco machine can be operated from the inside –conceivably just by blinking if the person suffers from locked-in syndrome – and works by reducing the oxygen level in the pod to below a critical level.

The process takes less than a minute and death occurs through hypoxia and hypocapnia, which is intended to allow a person to die relatively peacefully and painlessly.

Assisted suicide is legal in Switzerland and roughly 1,300 people used the services of euthanasia organisations Dignitas and Exit last year.

Both firms use ingestible liquid barbiturate drug to induce a deep coma within two to five minutes, followed by death.

The suicide pod is the creation of Dr Philip Nitschke, dubbed ‘Dr Death’, who serves as the director of the non-profit organisation Exit International (no connection to Exit).

The Sarco – short for sarcophagus – is designed to be towed to a location of the users’ preference, such as an idyllic outdoor setting, and then the biodegradable capsule can detach from the base in order to serve as a coffin.

Dr Nitschke has faced opposition from opponents of euthanasia, in part due to the method used.

“Gas may never be an acceptable method for assisted suicide in Europe due to the negative connotations of the Holocaust,” Dr Nitschke told The Independent in a 2018 interview. “Some have even said that it’s just a glorified gas chamber.”

It has also drawn criticism due to its futuristic design, which some say glamorises suicide, as well as a corresponding virtual reality app that allows people to “experience their own virtual death”. This VR experience was displayed in Westerkerk church in Amsterdam at the 2018 Funeral Expo, prompting worries from the church’s board.

“Westerkerk will never support people by offering equipment as promoted by Dr Nitschke and we seriously wonder whether this contributes to a thorough and careful discussion around the issue,” Jeroen Kramer, president of the Westerkerk church board, said at the time. “We will not and cannot support any suggestion of using such equipment.”

Only two Sarco prototypes currently exist, but Exit International is 3D printing a third machine that it hopes to be ready for operation in Switzerland next year.

Dr Nitschke told local media last week that “there are no legal issues at all” and that discussions are ongoing with various groups in Switzerland with a view to provide the capsule for assisted suicide.

“Barring any unforeseen difficulties, we hope to be ready to make Sarco available for use in Switzerland next year,” he said. “It’s been a very expensive project so far but we think we’re pretty close to implementation now.”