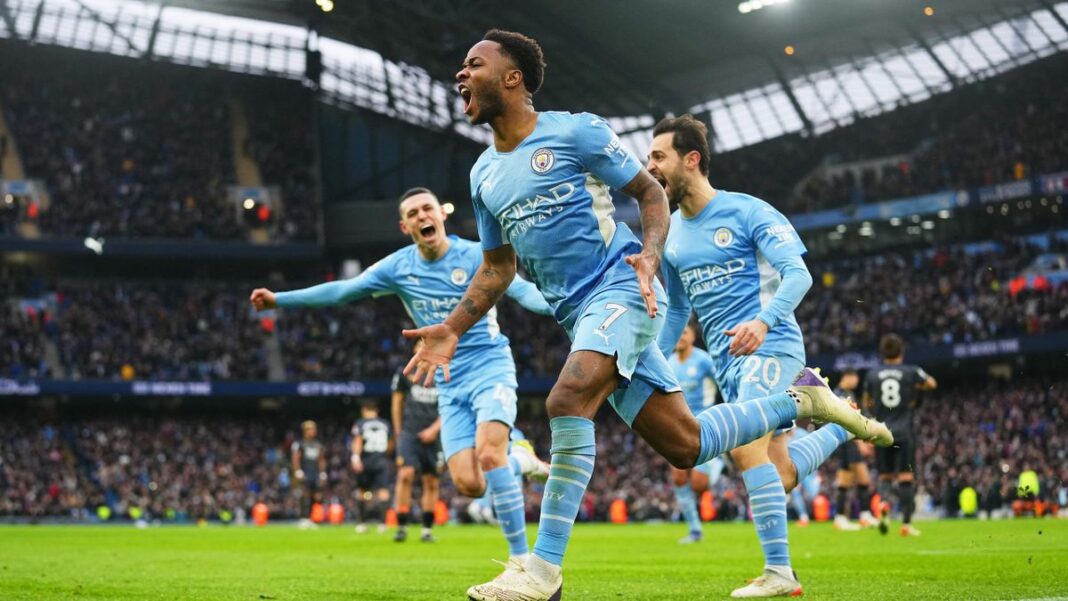 City typically dominated possession for most of the game but created few clear-cut opportunities before Raúl Jiménez’s needless two bookings within a minute on the stroke of halftime gave them a clear advantage.

Still, it took until midway through the half and a controversial decision when Bernardo Silva’s cross struck Joao Moutinho, apparently under his raised arm but a very close call, and a penalty was given, then verified by VAR.

Capping a fine performance, Sterling stroked the penalty down the middle of the goal to bring up his personal three-figure milestone encompassing his time at Liverpool and City.

After surviving a phalanx of pressure in the second half – heroic defensive efforts from keeper Jose Sa, defenders Conor Coady and Max Kilman – the latter was close to scoring when Ederson tipped over his header from Daniel Podence’s cross.

The result ensures City will spend at least one more week at the top of the table.