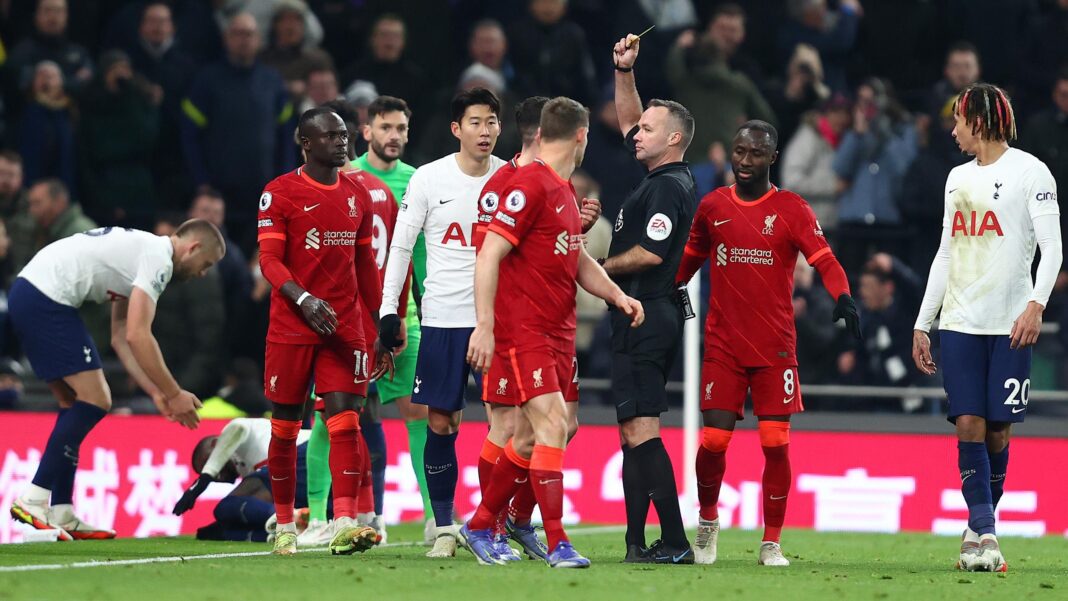 Liverpool lost ground in the Premier League title race in a pulsating draw at Tottenham that was packed with incident and saw Andrew Robertson sent off for the visitors.

Manchester City’s 4-0 victory at Newcastle earlier meant Liverpool could not top the league at Christmas for the first time in four years, with Jurgen Klopp’s side now three points adrift.

Harry Kane ended his Premier League goal drought when he found the bottom corner from Tanguy Ndombele’s pass but Spurs wasted a number of opportunities to double their lead.

Diogo Jota made the hosts pay on 35 minutes by heading in a cross from Robertson, who had missed a golden chance of his own in the opening 70 seconds.

Robertson then headed the Reds in front in the second half only for Son Heung-min to level after a mistake by Alisson four minutes later in an open and frenetic game.

Liverpool left-back Robertson had been excellent but was sent off for a reckless hack on Emerson Royal, a decision given after Paul Tierney reviewed the decision on the pitch-side monitor.

The draw extends Antonio Conte’s unbeaten league start at Tottenham to five games, though his side stay seventh with games in hand on those above them.

Ghana gets $80m annually from lotteries