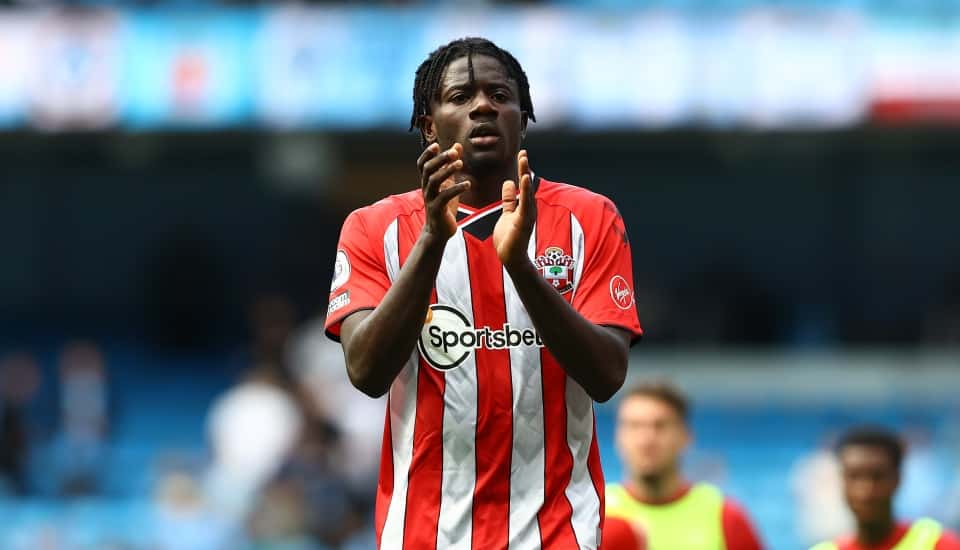 Southampton defender Mohammed Salisu has turned down an invitation to join the Black Stars squad for the Africa Cup of Nations in 2021.

According to GHANAsoccernet.com sources at the Ghana FA, the former Real Valladolid defender was invited to the team’s training camp in Doha, Qatar, but declined the invitation.

However, the association’s efforts were deemed futile, as the 22-year-old turned down the opportunity.

The Southampton defender has stated unequivocally that he is not ready to serve on the national team.

Milovan Rajevac, the coach of the Black Stars, is expected to announce his preliminary squad for the tournament in the coming days.

The names have been submitted to the Ghana FA by the Serbian trainer, and the invited players are expected to travel to Doha to begin preparations for the tournament.

On Wednesday, December 22, 2021, the Ghana Black Stars will report to camp in Doha, Qatar.

The team will be in Doha for three weeks to prepare for the Tournament, which will be held in Cameroon from January 9 to February 6, 2022.

The Black Stars will play three International friendlies in Qatar to allow Coach Milovan Rajevac to evaluate his squad for the Tournament.

Ghana is expected to play a yet-to-be-named club side on Tuesday, December 28, before facing one of the Africa Cup of Nations qualified teams in another friendly on Friday, January 1, 2022.

On Wednesday, January 5, 2022, the team will conclude their test matches against African Champions Algeria.

The Black Stars will depart Doha for Yaoundé on Friday, January 7, 2022, to face the rest of Africa in Cameroon at the 2022 Africa Cup of Nations.