Six ‘Aayololo’ buses destroyed in the heat of demo by drivers 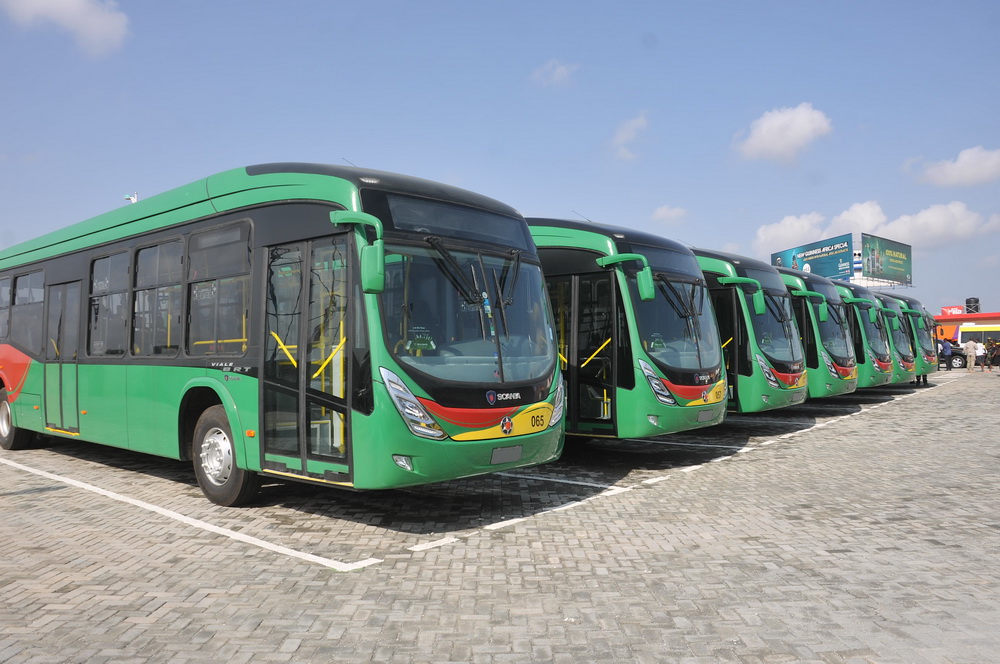 Six ‘Aayololo’ buses were destroyed in the heat of the demonstration by commercial drivers in Accra on Monday, December 6, 2021.

This was after over 110 buses were deployed to five routes in Accra to mitigate the effect of the drivers’ strike on commuters.

Commuters were stranded due to the sit-down strike of the drivers over levies and taxes imposed on petroleum products by the government, resulting in hikes in fuel prices at the pumps.

Some commuters resorted to trekking while others who had already boarded commercial vehicles were forced to alight.

Some drivers, who attempted to defy the strike, had their vehicles destroyed by the aggrieved drivers.

Some Aayololo buses also suffered attacks in many areas including Ashaiman from the striking drivers. But for the intervention of a joint police and military patrol team, the situation could have been dire.

He explained that, four of the buses have front and back windscreens smashed while two others had their tyres destroyed.

He described the conduct of the drivers as very unfortunate since all they tried to do was public service.

This notwithstanding, Mr Annan called for government’s support to enable them deplore an effective transport system to meet the growing demand for public transport.

“I was very happy with the feedback from the public during the strike. Government must ride on that and make sure they give us what we need,” he added.