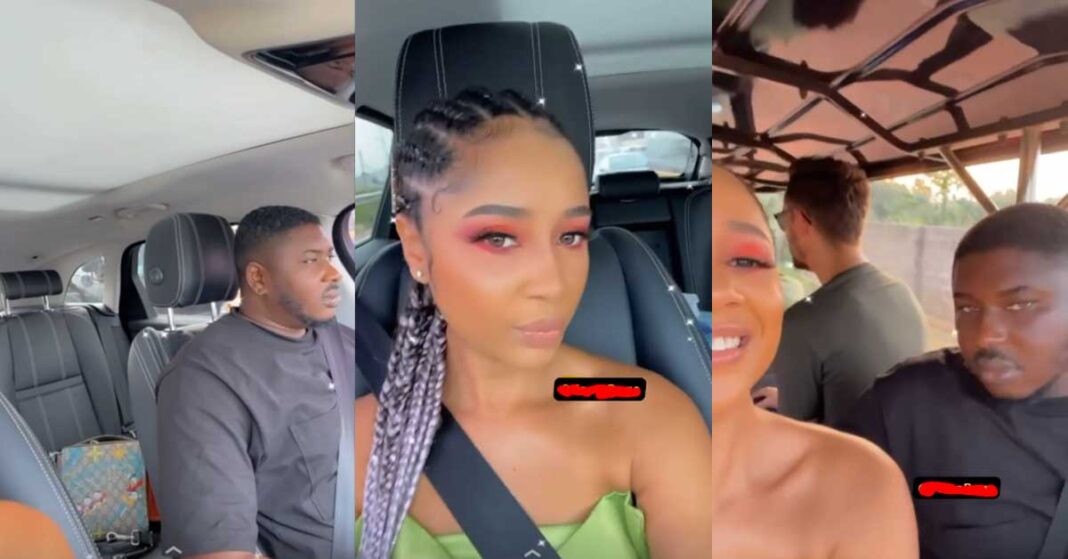 Sister Derby finding love after she was dumped by rapper Medikal for actress and entrepreneur Fella Makafui is what every Ghanaian is praying for her to have.

It has been a long while but the silky voice singer has now found love in the weirdest of places and we love to see it.

The singer who seems so much in love made her new relationship public a few weeks ago after she went on a Zanzibar baecation with her faceless boyfriend.

She posted him in her snap but covered his face yet Ghanaians were able to fish him out and true to what was put out on social media, it has come to light that indeed it is the same man.

Sister Derby who is proud and happier with her new boo has been sighted in a new video on a road trip to somewhere around Aburi and served us a few couple goals.

Famebugs has dug to reveal that Sister Derby’s new boo’s name is David Aboamah who hails from the Northern region, lived in Winneba and is now in Accra. He is a Legon graduate, very well known in Pent during his school days.

David is in his early 30s. He is described as a self-employed entrepreneur whose work has a lot to do with online business and transactions.

FameBugs also revealed that he is also the secret baby daddy of Queen Farcadi as David and the popular Ghanaian sekx worker have a child together.