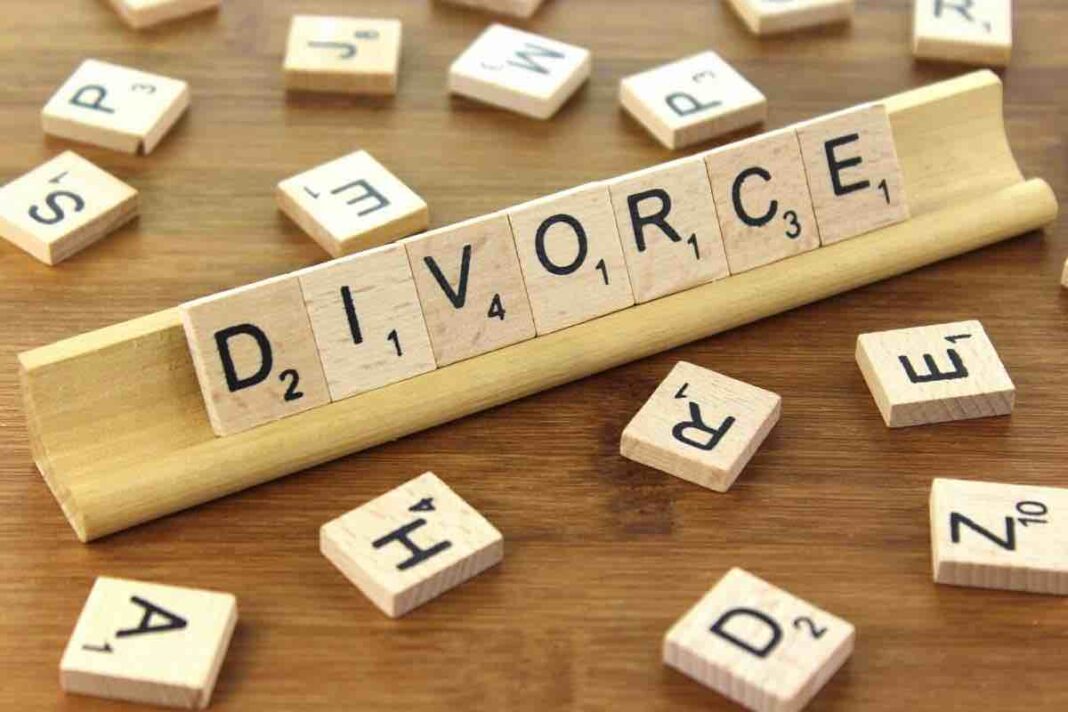 Divorce can be incredibly hard, but in some cases there can be a lot to celebrate – which is why one newly single mum decided to mark the finalisation of her divorce in a symbolic way.

Abby Thompson decided to throw a divorce party, where she trashed her ‘jinxed’ wedding dress with paint, before setting fire to it, to celebrate the end of her married union.

The 26-year-old had filed for divorce in December 2020, and she finally received confirmation her marriage was over in September, she invited all of her family and friends round to party.

The full-time carer held onto the strapless £1,000 gown during the lengthy divorce process but said she was glad to be rid of it when the legal split was confirmed, as she felt it was a ‘bad omen’ and didn’t want to pass her marriage misfortune onto another bride.

Abby, from Cleveland, Middlesbrough, said: “It was my idea, the dress had a lot of bad memories. I just felt like it was the last part that connected us and I just wanted that out of my life.

“I had anger and hurt and needed to get that out in a safe way, so I thought ‘what better way than to destroy the dress?’”

Footage taken from the party in October reveal Abby wearing the tainted dress, singing and dancing to Little Mix’s Shout Out To My Ex, as her loved ones hurl paint at her.

“I invited neighbours, friends, family – anyone that wanted to throw paint at a wedding dress. Luckily my sister’s next-door neighbour had recently been decorating and she had about five tubs of leftover paint,” she continued.

“When they were throwing the paint at me I felt like all the anger was coming out of my body – all the bad went away with it.”

She invited all her family and friends round to throw paint ( Image: Kennedy News and Media)

The mum-of-one was left covered in paint for several days, with stubborn chunks of blue paint sticking to her hair, prompting son Bobby, seven, to say she looked like a smurf.

“I was covered in paint for days, it wouldn’t come out of my hair either,” she said. “My son thought it was so funny he was making jokes about it saying I looked like a smurf, and he even told his friends at school.”

At the end of the divorce dress ritual, Abby decided to burn the gown and banish it for good, after it left her with so many bad memories.

“I burned it so there was nothing left, no dress in a bin or anything. It was completely gone from the earth forever and all that was attached to it went away with it,” she said. “That part of my life is over and I’ve got this whole new life to experience and explore.”

The newly single mum says she did momentarily consider selling the dress on, but she felt it was a bad omen and didn’t to pass that onto any future brides.

“It was jinxed in my eyes – a bad omen that I didn’t want to pass on to anyone else,” she said. “I felt so happy watching it burn and like I’d found peace, it was the end of a part of my life.”

Abby and her partner had been in a relationship for seven years, sharing a home together and their son Bobby. They tied the knot in November 2018, but two years later Abby filed for divorce as their relationship had begun to break down.

The mum was with her ex for seven years and the pair had a home together with their son.

But after tying the knot in November 2018, Abby ended up filing for divorce two years later as their relationship broke down.

Despite initially feeling like a ‘failure’ because of the split, the carer said she’s taken her power back by destroying her wedding dress, marking a fresh start.

Abby said: “At the beginning the relationship was lovely, I was 17 when we met so it was like puppy love. Things started to break down when my son was born quite quickly and eventually I just thought ‘enough is enough’.

“I felt relieved but a part of me did feel a little bit sad. I felt like a failure that I’m 26, a single mum, divorced and because I’d tried so hard and so long for the marriage to work, I felt like it was all for nothing.

“The dress was in my loft until that point, a part just lingering about, but now that part is completely gone.”

The mum now says she would recommend the same cathartic experience to anyone going through a divorce to help let go of the relationship and past.

Abby said: “It was the best feeling ever and it’s a release if you’re feeling like you’ve failed. It can never be undone, you can never bring the dress back – that part of your life is over.”