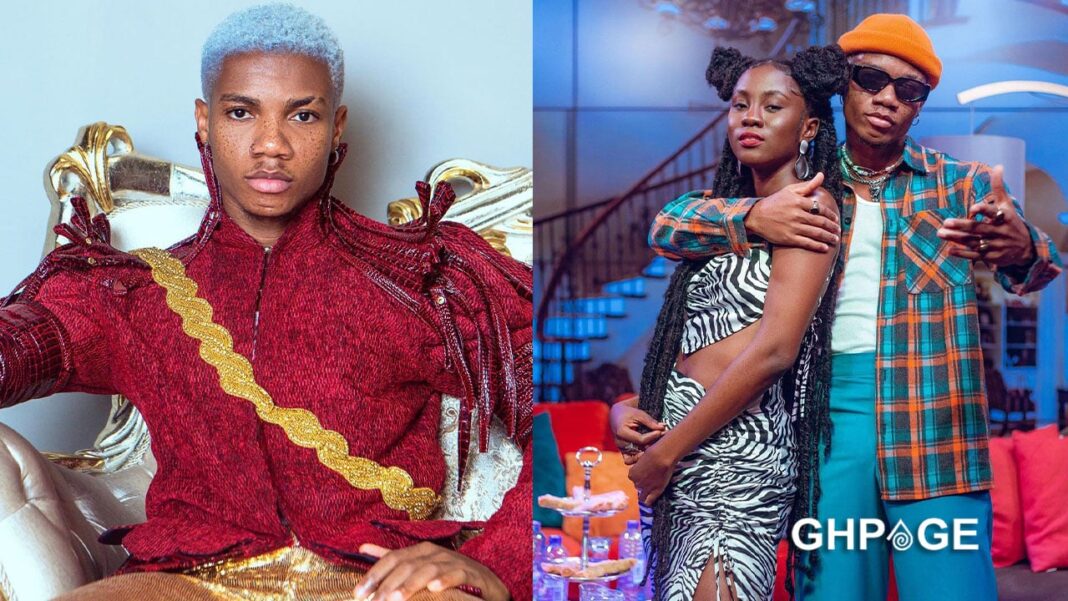 Ghanaian singer KiDi has come under heavy fire from a man who has hurled insults and accused him of destroying his beautiful relationship with his girlfriend.

KiDi posed a harmless question on Twitter Friday, Dec 10, 2021, asking: “Why’s it that when there’s a break up. It’s always the woman thinking the man has fumbled a “good thing” and he’ll never find a woman like her?”

The tweet sparked a heated debate on social media as several users, both women and men alike, engaged in the conversation and shared their varying opinions.

However, the man whose relationship allegedly ended because of KiDi did not only wade into the social debate but took things personally as he slammed the musician for leaving him with a scar in the heart.

According to the tweep, his ex-girlfriend was carried away with KiDi’s songs so much that it led to their breakup. He added that the girl was so much into KiDi that she would have slept with him if she had got the chance to meet him.

“You this guy, I hate you,” stated expressly, adding “…my ex was so much carried away with your songs and this led us to breakup. Why? Because she was much into you and would have fucked you if she got the chance to meet you. Siaa man.“

See the screenshot below

Most men intimated that women also lose a lot when a relationship ends and normally are in a situation where they might never find a man like the one they parted ways with.

The women also took a defensive stance and felt men are normally at the losing end because they end up coming back for the women they broke up with or rejected.

Maame Ama wrote: Because men tend to not know what they have until it’s gone.

Kofi B replied: Same question he’s asking. Why not woman tend to not know what they have until it’s gone

Nungua SM wrote: Bro take this matter do song, cause some women need to get this soak in thier subconscious mind knowing a man will be okay without them ,when there’s break up & there’s better women out there too

Never marry a man who spends all his time in a gym – Man reveals, Watch » GhBase•com™