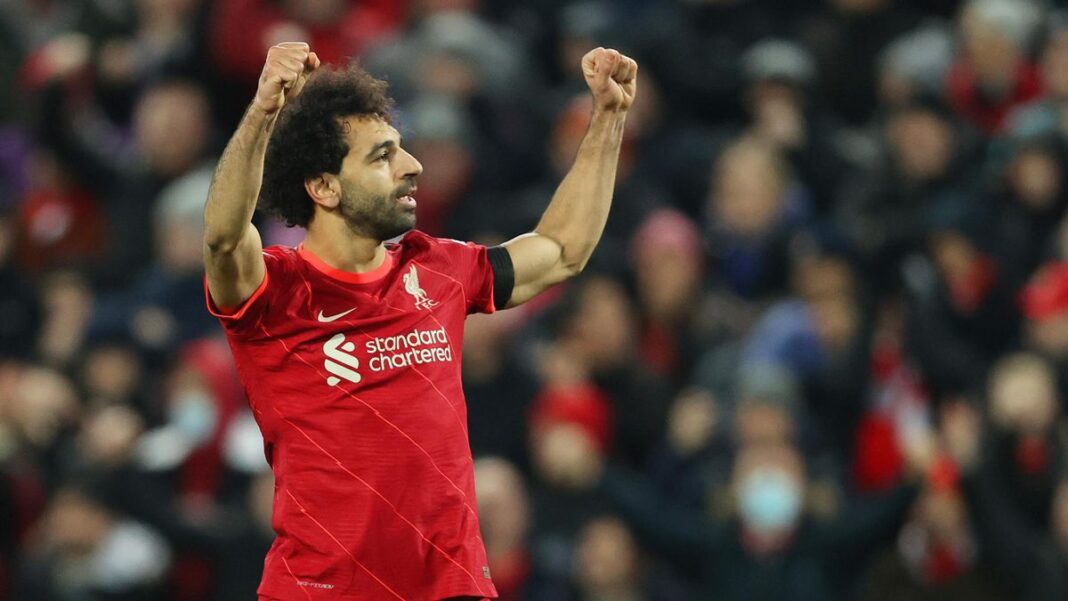 A Mohamed Salah penalty was enough to see Liverpool past ever-improving Aston Villa on a fiery Anfield return for Steven Gerrard.

The Egyptian was a threatening blur without creating a clear-cut chance until he was toppled in the box by Tyrone Mings. The penalty was assured and Liverpool never looked back.

New manager Gerrard will be delighted with the way his team played, despite the result. They harried Liverpool and despite conceding the lion’s share of possession, offered up a threat of their own on the break.

Villa have looked so much more assured in possession since he took over and pose more of a threat going forward.

Gerrard was welcomed back warmly, but the generosity of spirit only lasted until the first whistle. This was all about the result for Liverpool, who had seen Manchester City move further clear, beating Wolves in the early kick-off.

Jurgen Klopp will feel his team should have scored more, but this was an emotional occasion that just needed to be ticked off.

Gerrard will never be happy with a loss but this performance showed just how far he has brought this team in five games.