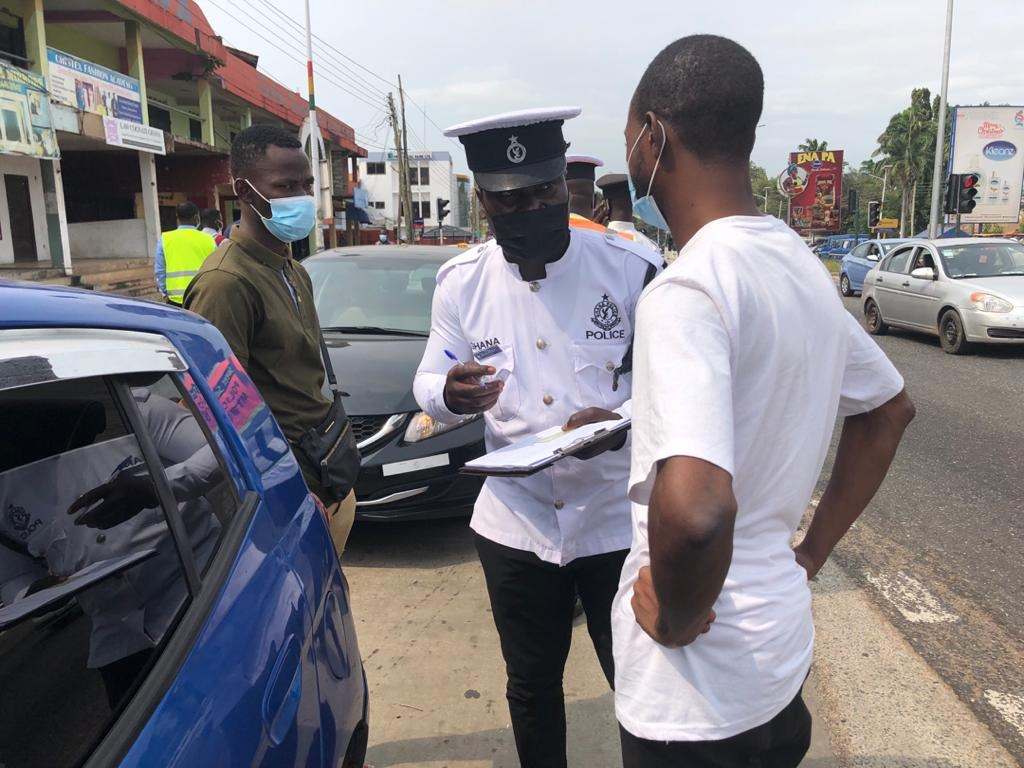 The Ghana Police Service has reiterated its commitment to ensuring road safety during the festive season.

Speaking on Saturday, December 11, 2021, during Newsfile, the Director of Public Affairs for the Service, Superintendent Alexander Kweku Obeng stated that Police officers have been adequately trained to enforce road safety regulations as well as deal with road traffic offenders according to law.

“Road safety education without stringent enforcement to a very large extent is entertainment,” he said.

He indicated that over 6,440 road traffic offenders have been arrested from January to November. Out of this number, 5,289 have been put before motor courts across the country and 4,443 have been convicted.

He added that the Service will continue to collaborate with the National Road Safety Commission and commercial drivers to ensure that road carnages are reduced, especially during this festive season.

Road safety has become of great concern, especially as the festive season approaches. Latest statistics from the Motor Traffic and Transport Department (MTTD), suggest that the number of deaths recorded through road accidents this year is more than last year’s, although the year has not ended yet.

According to data from the MTTD, a total of 25,666 vehicles were involved in road accidents with 2,608 deaths recorded as against 2,589 deaths in 2020. Regardless, the Service has pledged to strictly enforce the road traffic regulations as part of efforts to bring the situation under control.

The Service has also introduced a new special operation to clamp down on recalcitrant V8 drivers. According to the Police, this operation will be pursued without any consideration for the status of offenders.

They have directed all officers to arrest drivers who abuse road traffic regulations, especially drivers of V8 vehicles.

On Tuesday, the Police arrested the Nhyiaeso Member of Parliament, Dr Stephen Amoah, over a road traffic offence, and he is being put through the court process.

He was arrested with six other drivers charged with offences such as careless driving, dangerous driving and causing road obstruction, among others around the Airport by-pass.