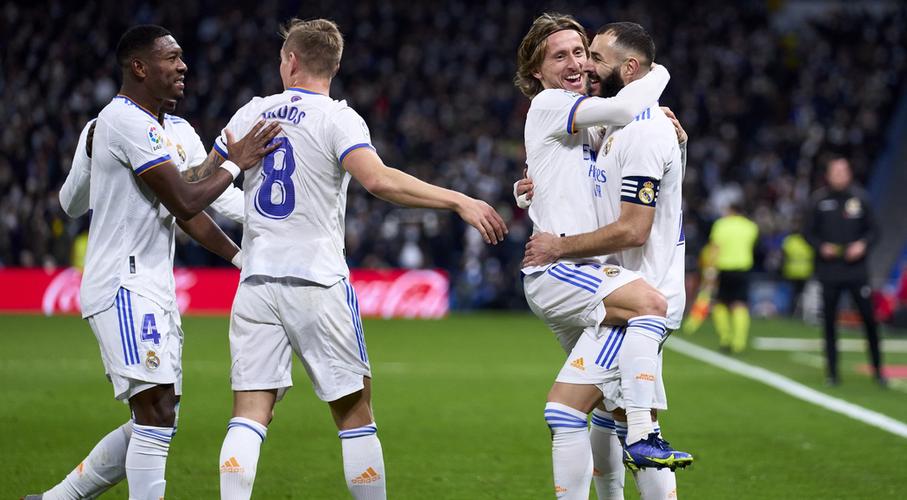 Real Madrid restored their eight-point lead at the top of La Liga with a 2-0 derby victory over Atletico Madrid at the Santiago Bernabeu.

The visitors had chances and were on top for periods of the derby, but failed to make the most of their pressure as Real Madrid underlined their dominance at the top of the Spanish top-flight table.

While Atleti started well, it took Real Madrid just 16 minutes to open the scoring with Vinicius Junior breaking away to cross for Karim Benzema who slammed a finish past Jan Oblak on the full volley.

Antoine Griezmann had a freekick effort saved by Thibaut Courtois, but Atletico Madrid struggled to create much against a Real Madrid team comfortable to protect their lead.

Injury prevented Benzema from continuing in the second half with Joao Felix and Thomas Lemar introduced for Atleti.

The visitors pressed for an equaliser, but this only left the door open at the back for Real Madrid to score a second through Marco Asensio.

Luis Suarez was substituted on to give Atletico Madrid more firepower, but not even the Uruguayan could rescue the situation for his team as Real Madrid claimed a 10th straight win in all competitions.