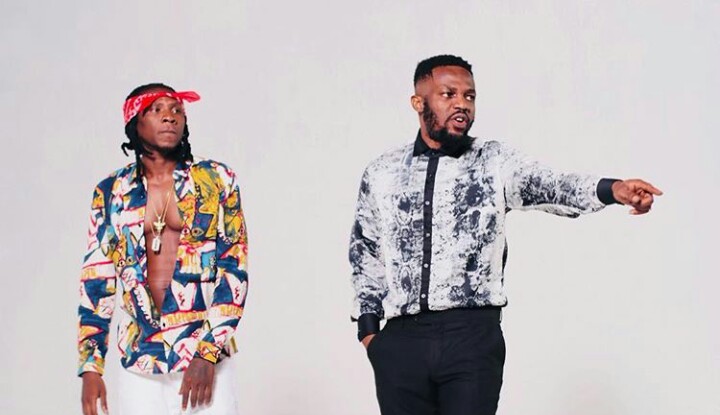 Music group R2Bees have disclosed that public opinion influenced their setback from the Starboy Worldwide deal and that is why they weren’t signed to the record label of Wizkid.

R2Bees had the opportunity to be signed to now one of the international artist’s record label, the Starboy Worldwide label but then didn’t and some Ghanaians kept wondering what the reason was.

Today, we know it was all because of public opinion, R2Bees in a post made by Hitz FM supposedly disclosed that the public opinion made them set back from the deal after realizing that Ghanaians did not take the news so well hence decided to fall back and restrategize.

It’s quite unfortunate with what public opinion can do and now R2Bees is confirming to us that by listening to Ghanaians and realizing they didn’t take the news of being signed to the Starboy Worldwide label, decided to set back and not taking into consideration whether it will help their career or not.

Mechanic Crashes Ferrari Worth £ 2.5M While Taking It For A Test Drive » GhBase•com™