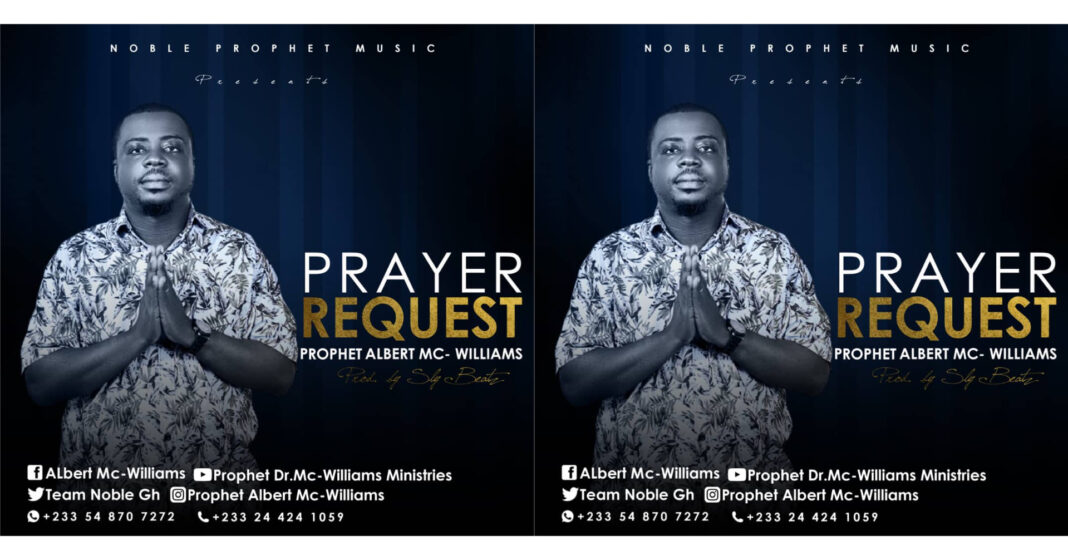 Highly-anointed Ghanaian preacher and musician, Prophet Albert MC-Williams, is set to release a new song on the 24th of December 2021.

The song is titled ‘Prayer Request’.

In this new song inspired by the Holy Spirit, the multiple-award-winning musician sends his plea to God for him to bless his handiwork because he’s the only one that can bless him.

“Prayer Request’ conveys the message that without reliance on God, things won’t go as expected no matter the volume of hard work one puts in his or her work.

This song confirms the scripture: “Psalm 127 1 : Unless the LORD builds the house, its builders labor in vain. Unless the LORD watches over the city, the watchmen stand guard in vain.”

It’s hard to come across spirit filled Gospel songs in our generation, but this new song from Prophet Albert MC-Williams promises to send Christians to the throne room of God.

Prophet MC-Williams have won 5 awards in the industry.