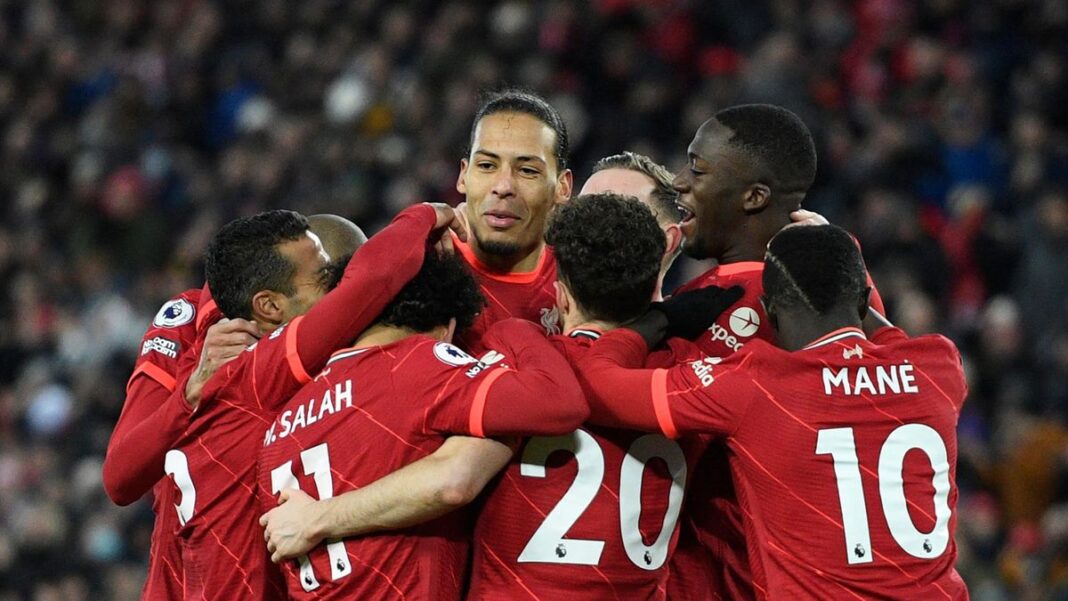 Diogo Jota hit a brace as Liverpool breezed past Southampton 4-0 at Anfield.

Sadio Mane and Andy Robertson combined to set up the former Wolves forward to put them in front after two minutes.

Half an hour later, on the other flank, Mohamed Salah played a one-two with Jordan Henderson before sliding a ball across the box for a tap-in and Jota’s second.

Five minutes before halftime, the game was effectively over when Thiago Alcantara drove into the box and then saw his effort deflected past Alex McCarthy by Lyanco.

The scoreline was emphasised when Virgil van Dijk was allowed to meet Trent Alexander-Arnold’s corner with a half-volley which squeezed past the Southampton goalkeeper.

The result lifts Liverpool to within a point of leaders Chelsea who host Manchester United tomorrow. Southampton are 14th, five points clear of the drop zone.