Sports Minister, Mustapha Ussif was at the receiving end of what looked like a sound slap during a scuffle on the floor of parliament a day ago.

MPs from both sides of the political divide engage in the exchange of fisticuffs following disagreements on whether the controversial E-levy should be passed on not.

In the midst of that, some MPs were shoved, pushed and slapped. It appeared Sports Minister Mustapha Issif was a recipient of one of the slaps they flew and landed heavily on his cheeks.

The photo from a video that has gone viral tells the level of intolerance that was displayed in parliament where MPs were not ready to cooperate and allow cooler heads to prevail.

Many have been reacting to the photo. 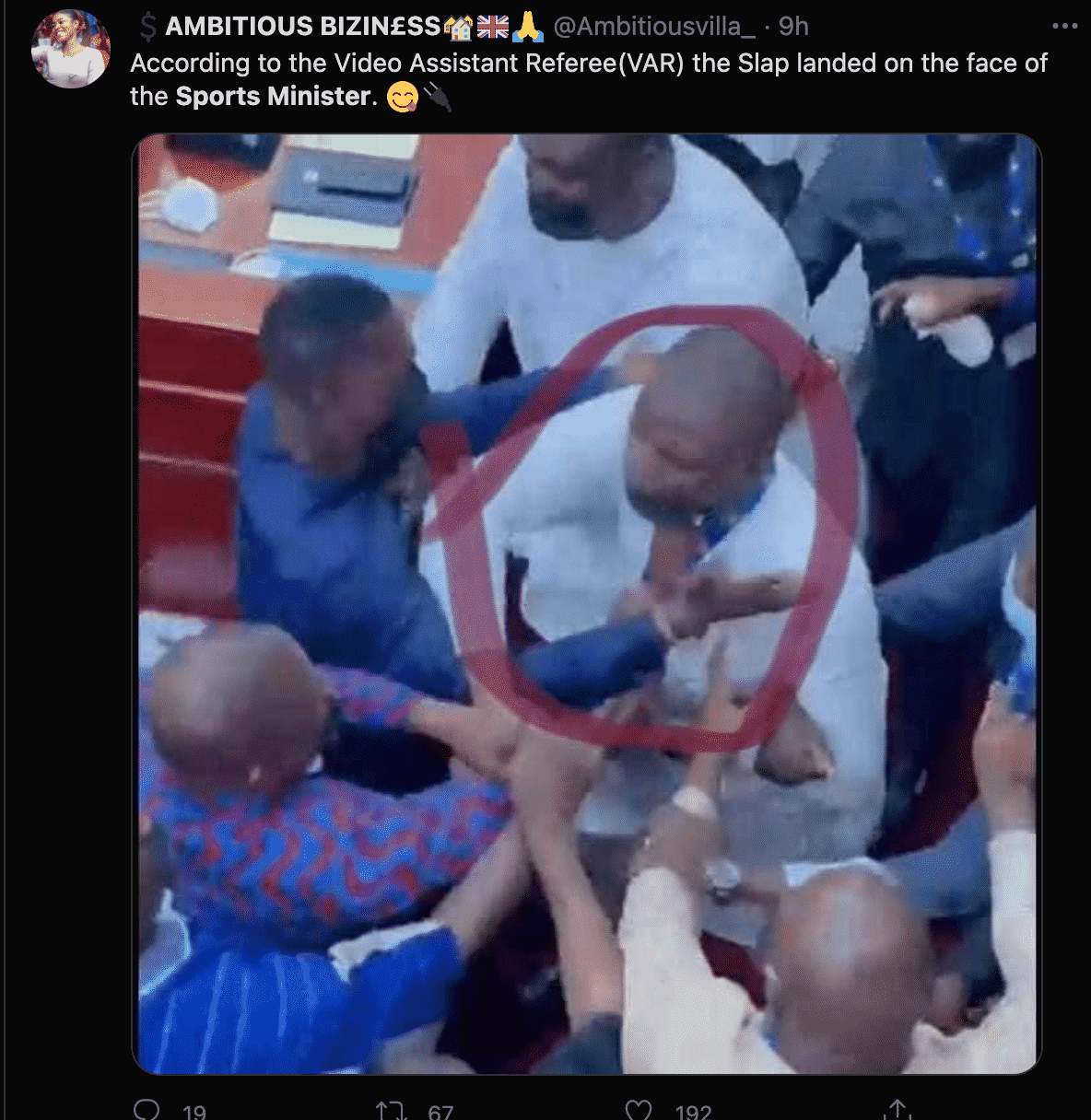 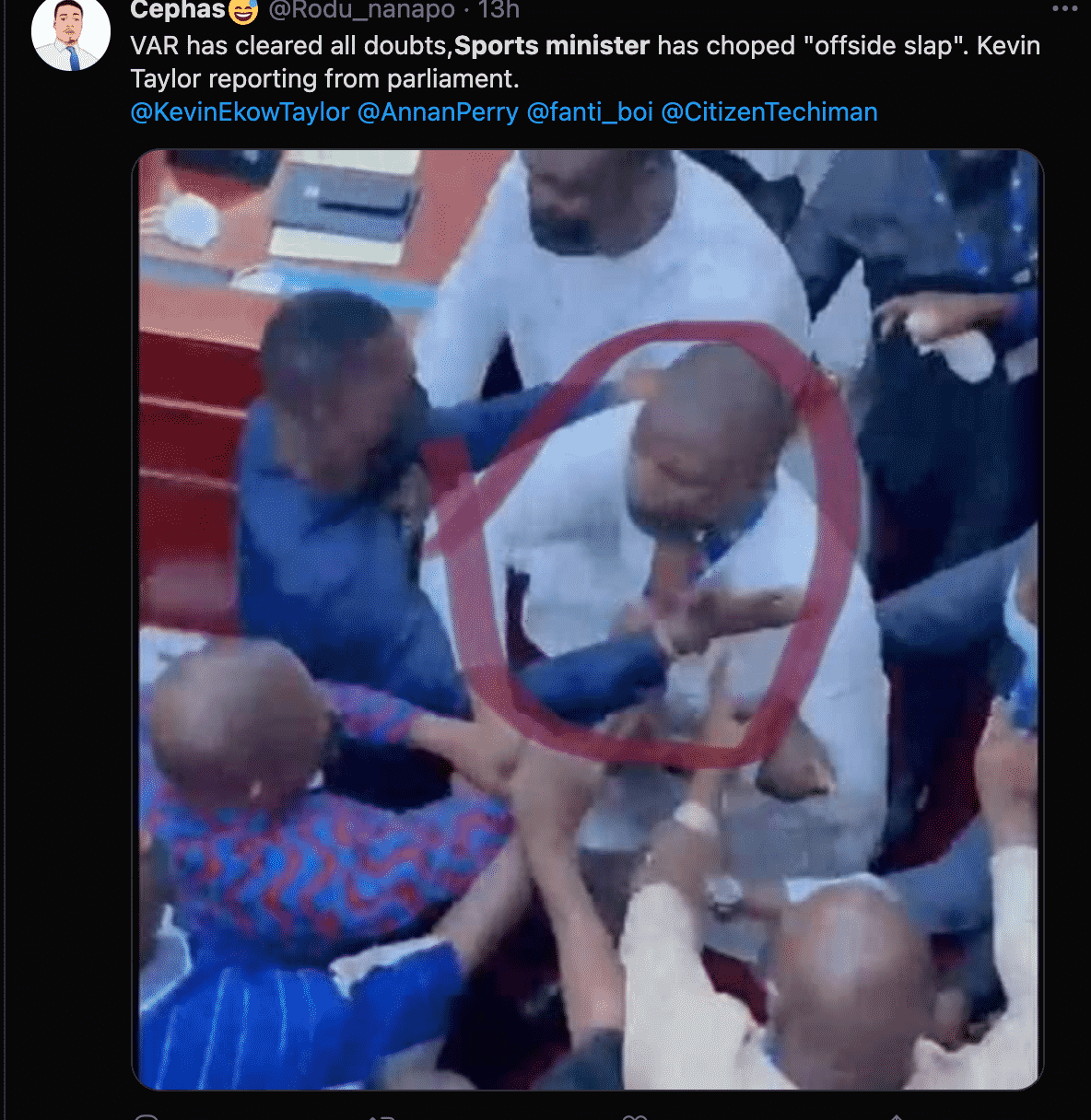 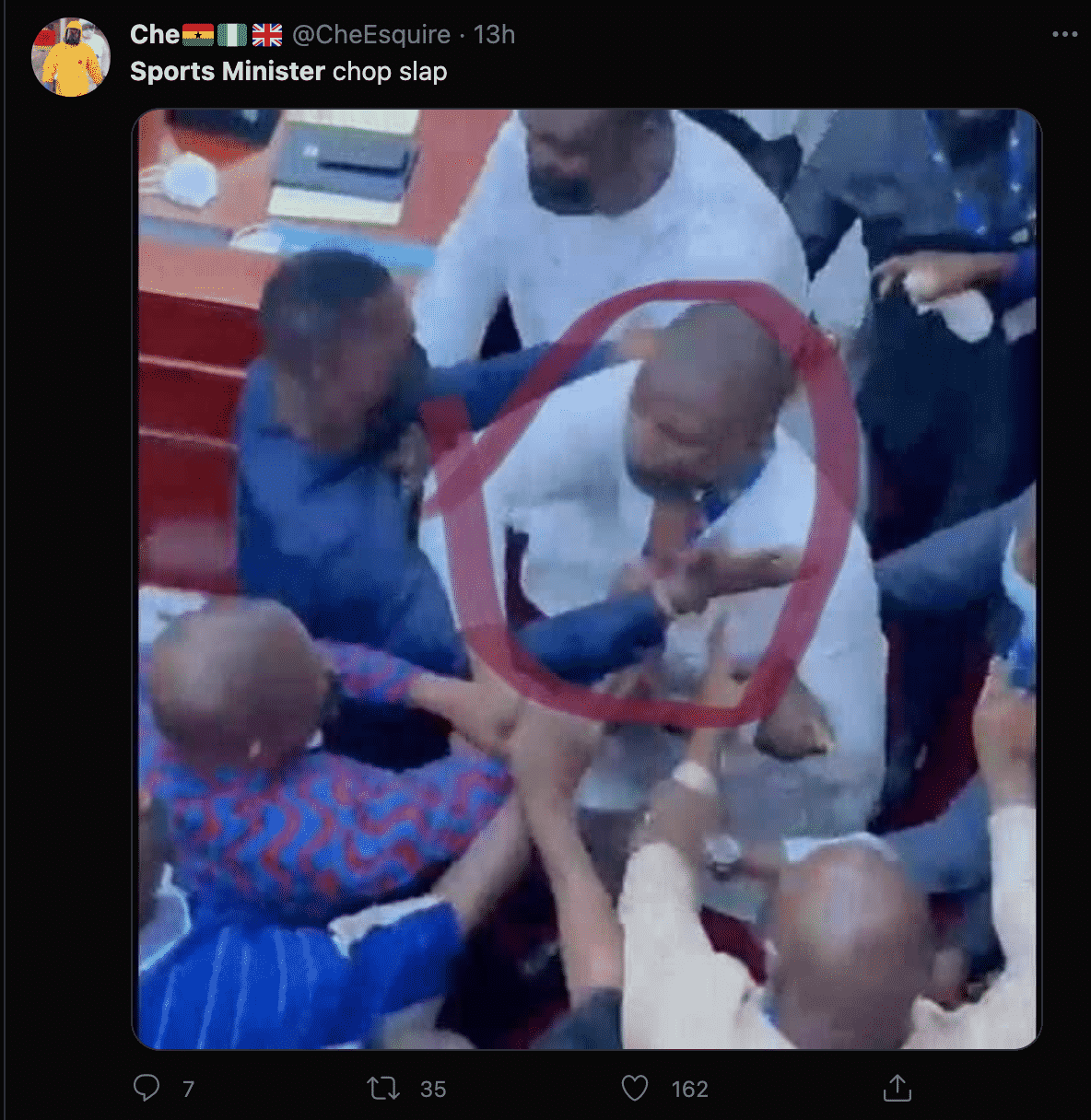