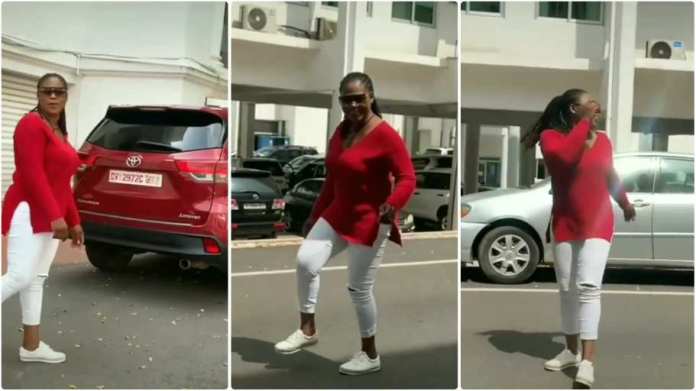 Joyce ‘Unbreakable’ Blessing has snubbed the gossip swelling around her revealing that one of her three children doesn’t belong to her husband in the form of a new video she just shared.

Shortly after a purported DNA confirming the aforementioned, the award-winning singer stormed social media to respond to her critics while depicting a posture that clearly shows she doesn’t care about the allegations she claimed are unfounded.

According to Joyce, no form of attack on her brand can break her as she has grown tough skin for such nonsense.

“I’m not a small brand so whenever you’re talking about me, make sure you dress properly, put on a nice wig and apply nice make-up. I’m speaking to these small blogs who lack following and likes on social media.

The more you talk about me, the more I am unbreakable. All these rumours won’t break me. This message is also for people who are interested in constantly talking about me,” she said.

To prove that she is unfazed by what is going on, she shared the video found below which she captioned: “What do you want for Christmas? #oluwaisinvolved #stillunbreakable #onlyGod.”

Male die-hard fan of Delay tattoos her name on his pelvis; proudly flaunts in new video

Kenyan man who does not want trouble builds identical houses close to each for his wives, see photos » GhBase•com™