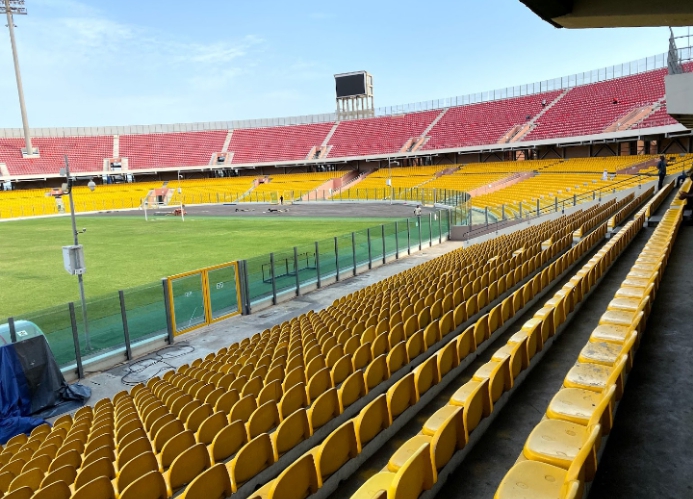 The National Sports Authority has come under heavy criticism over its decision to hold a music concert at the Accra Sports Stadium on days it earmarked the facility for maintenance works.

On Wednesday, December 8, 2021, the NSA announced that the stadium would be closed for two weeks to allow planned maintenance works to be carried out at the sporting edifice.

During that period, six Ghana Premier League games were set to be affected, with defending Champions Accra Hearts of Oak, who play their home matches at the Accra Stadium, forced to relocate to the Cape Coast Stadium. Legon Cities meanwhile, have settled for the El-Wak Stadium.

Spice up your December with @GTBankGhana‘s #GTCOncert. Your favorite artistes will be performing live.

Free entry for all!! pic.twitter.com/Qo8TePhrE9

But barely a week after the NSA’s announcement, GT Bank announced a musical concert to be staged at the stadium on Friday December 17, 2021.

On Monday 13th December, 2021, visuals emerged of the event organizers setting up a stage on the pitch in readiness for the concert.

This sparked outrage from GPL clubs and sports journalists alike, who took to social media to call out the NSA for their ‘deceit’, with others going as far as calling for the NSA boss, Prof. Peter Twumasi, to be sacked.

The Accra Sports Stadium was closed down for renovation works says @Gh_NSA. Spokesman says they’re to work on the pitch. I see work is progressing just fine. pic.twitter.com/RRlqY5TxLy

Accra Sports Stadium has come under much scrutiny for the quality of the pitch even to the extend that info came out that the not long ago renovated stadium will see another closure for pitch works. Today see what is going on in there as preparations are underway for an event. 😔 pic.twitter.com/F3vDVcTlVF

Man Reveals How DNA Revealed His Third Child Was For His Best Friend During The Process Of Doing Visa To Travel With His Wife...