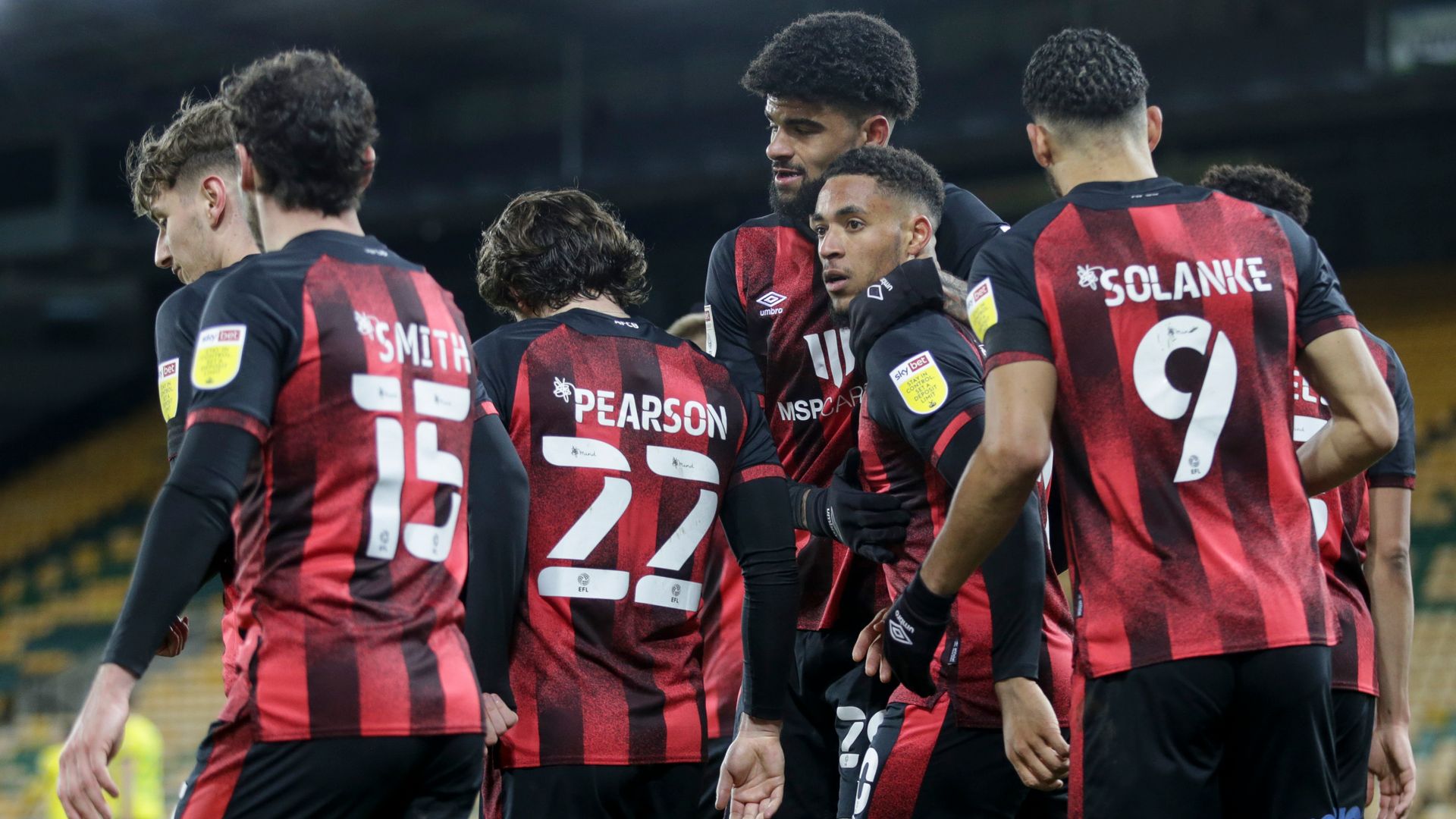 Norwich’s automatic promotion celebrations were soured as Jonathan Woodgate’s in-form Bournemouth side came from behind to beat the 10-man Canaries 3-1 at Carrow Road.

A fast start for the hosts – who had been promoted earlier in the day after Brentford and Swansea failed to beat Millwall and Wycombe respectively – resulted in a deserved opening goal, as Emi Buendia finished well after Teemu Pukki had held the ball up for him (5).

A red card for Norwich’s Dimitris Giannoulis (17) changed the course of the game, however, and substitute Sam Surridge levelled for the Cherries shortly after the break (50), before a stunning solo effort from Arnaut Danjuma gave the visitors the lead for the first time (57).

Lloyd Kelly’s low drive extended the lead and put the game beyond doubt (76) dealing the Canaries their first loss on home soil since a 1-0 defeat to Derby on October 3.

Owing to Watford’s defeat to Luton, Norwich’s advantage at the top of the league remains at eight points, with fifth-placed Bournemouth now level on points with Brentford, who have a game in hand.

Norwich are next in action at 6pm on Tuesday, April 20, when they host Watford at Carrow Road, while Bournemouth return the following day, when they travel to The Den to face Millwall at 6pm. Both matches are live across Sky Sports Football.

Day for the launch of 2021/22 GPL season announced

Covid: Labour calls for Plan B measures in England

As soon as I get a decent job I’ll leave my girlfriend and start dating my type – Man with adwenfi says boldly  »...

Covid: Labour calls for Plan B measures in England