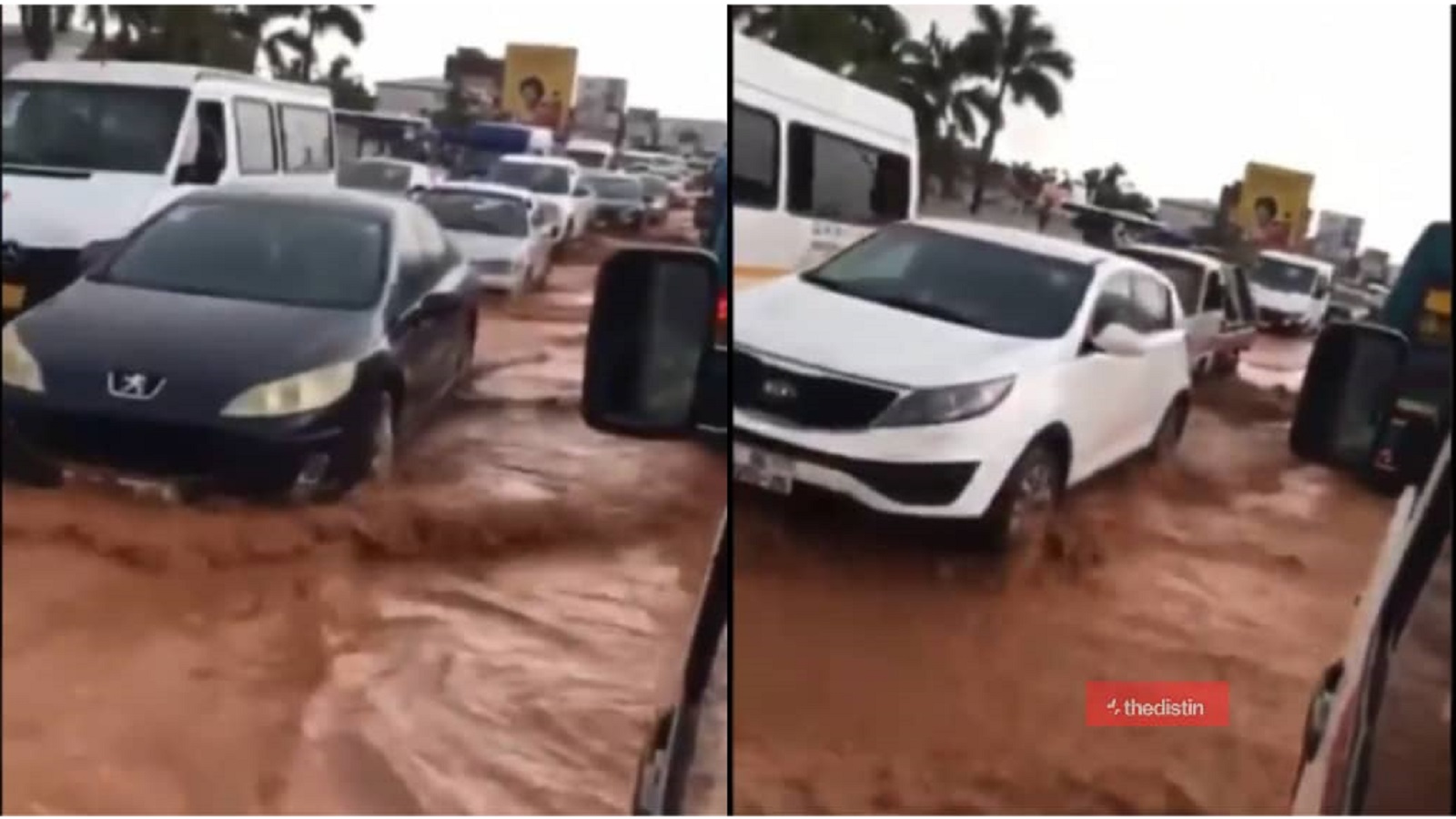 A viral video of a flooded road in Kasoa has got people worried as they called on the President to call on the appropriate authorities to come to their aid.

The video is been used as one of the evidence why the youth keeps calling on the president and his government to Fix The Country.

Ghanaian youth in close a week have been calling for the attention of the government to provide good governance and accountability to the nation.

This is as a result of increased in unemployment, increase in taxes, fuel prices and other commodities in the country while salaries of workers remain the same, making living condition very difficult for those whose source of income is from just one source.

Some people have also lost their jobs as a result of some government policies that were put in place.

When I die I’m going straight to heaven; those who doubt God exists are fools