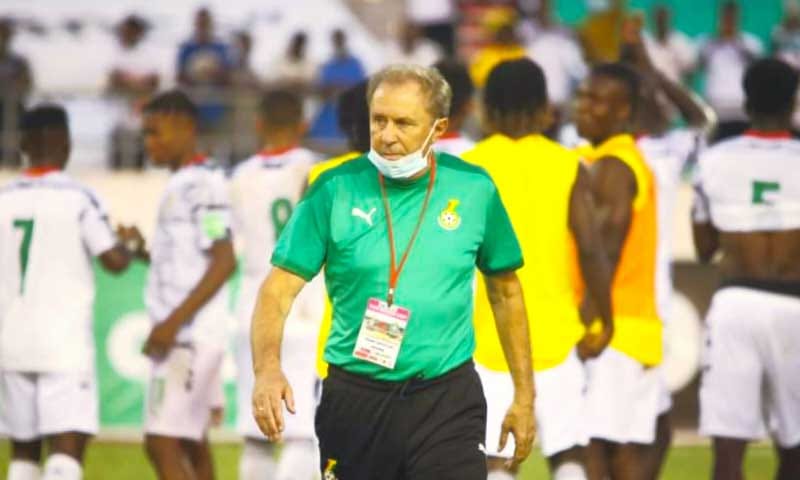 Ghana coach, Milovan Rajevac, has submitted a provisional squad to the Ghana Football Association [GFA] ahead of the 2021 Africa Cup of Nations [Afcon], Adomonline.com can confirm.

The four-time African champions are among the 24 countries to partake in the prestigious tournament set for January 2022 in Cameroon.

The Serbian trainer has submitted a 40-man provisional squad to the Executive Council of the Ghana FA for scrutiny and approval.

As part of preparations for the tournament, Ghana will pitch camp in Qatar, engage in three pre-AFCON friendlies before pruning down the squad to 23 for the main tournament.

It has been confirmed that the Black Stars will play Algeria on January 5 and two other countries in friendlies.

Due to the devastating coronavirus, provisions have been made for extra five players to be added and that can be exercised according to the plan of various teams.

Meanwhile, the Black Stars will open camp in Doha, Qatar on Wednesday, December 22, 2021.

The team will be in Doha for a period of three weeks to prepare for the tournament scheduled for Cameroon from January 9 to February 6, 2022.

Ghana is expected to play a yet-to-named club side on Tuesday, December 28, before taking on one of the Africa Cup of Nations qualified teams on Friday, January 1, 2022, in another friendly.

The Black Stars will depart Doha for Yaoundé on Friday, January 7, 2022, to take on the rest of Africa at the 2022 Africa Cup of Nations in Cameroon.

Ghana will be searching for a fifth AFCON trophy in Cameroon next year after last winning it in 1982.

Milovan Rajevac, who is on a one-year renewable contract, has been tasked by the Ghana FA to win the tournament.