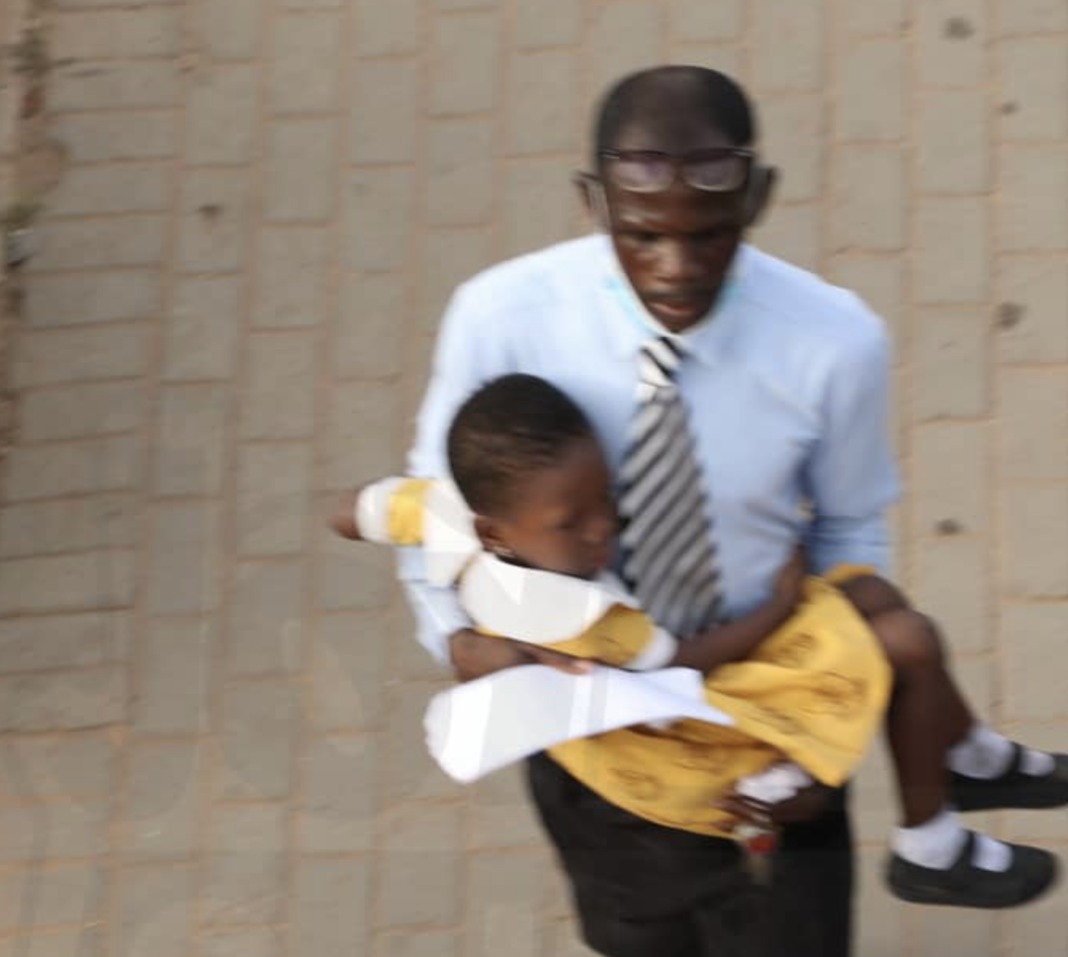 It would be recalled that many commuters became stranded a few days ago as trotro drivers went on strike hence making many walk to their places and destination.

Well, a tweep identified as Kenneth Awotwe Darko gas taken to a popular micro blogging site, Twitter to claim that he’s a friend of the man and he rides from Kasoa to Lapaz every day but on Monday he alighted at Awoshie due to the strike.

As the man had no choice but to walk at a great length and as his daughter became fatigued of walking, he decided to carry her and today, a development coming up suggests that some group have decided to get him a car.

The tweep wrote, “This man, a colleague at work, took a vehicle from Kasoa to Lapaz as his usual trip but this morning the vehicle alighted him & his kids at Awoshie baah yard. They had to walk the rest of the journey and as the youngest child got tired, he had to carry her till they got to lapaz”

In another post, “Y’all remember this man who has become the poster boy for yesterday’s drivers’ protest as he carried his little girl to school? Well, today a group wants to buy him a CAR”